What’s dead may never die, especially in the worlds of boy band rivalries. At least, that seems to be the latest from former NSYNC crooner Joey Fatone, who called out Backstreet Boy AJ McLean over Twitter in a friendly (or was it?) reminder of the changing tides of popularity between the two major 90s groups.

While in a checkout line, Fatone snapped an image of a set of dueling tip jars — one crowned with an NSYNC photo of Fatone, Justin Timberlake, Lance Bass, and the rest, the other with that of the Backstreet Boys. In the “Boy Band Tip-Off,” it’s clear to see that the NSYNC jar is currently winning against that of McLean and his gang at this establishment. So of course Fatone had to stoke the fires of rivalry with a little social media shout-out about this exciting fact.

Even so, some of Fatone’s fans weren’t sure that they agreed with the tip jar’s results.

Then again, others wanted to add a whole other element to the mix. Some feuds are forever. 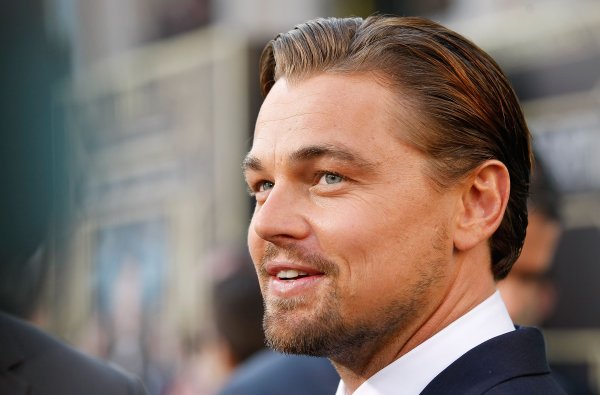 Leo DiCaprio Called Out Trump for His "Careless Decision"
Next Up: Editor's Pick