My Son Was Shot and Killed. Here's What I'm Doing About It

Smith is a volunteer with the Tennessee chapter of Moms Demand Action for Gun Sense in America and a member of the Everytown Survivor Network.

National Gun Violence Awareness Day holds a special importance for me: I am a gun violence survivor four times over.

In 1999, I was shot in front of my daughter as I walked out of the front door of our home in Chattanooga, Tennessee, where we were hosting a family cookout. The shooting was unintentional. A 17-year-old neighbor had a .22 in his pocket that fell to the ground, discharging as it landed. The bullet hit me, and I suffered severe internal bleeding. As I went in for surgery, I asked my parents to take care of my kids, thinking that I wouldn’t make it out. I still feel so lucky that I survived. But my shooting wasn’t the first in my family, and, even more heartbreaking, it wasn’t the last.

The first happened when I was 12. My grandfather was shot and killed during an attempted robbery at a liquor store in Chattanooga. He was my family’s world, and he loved his grandchildren more than anything. Whenever we’d visit, he’d take us to Mr. T’s Pizza for ice cream and play oldies music for us. I’ve never fully recovered from his murder, and my family was never the same after he was taken from us.

In 2014, my nephew was shot in the ankle during a drive-by shooting. Fortunately, he survived. But the outcome could have easily been much worse.

And then a year later, my son, Jordan Clark, was shot and killed.

Jordan was an exceptional young man. He mentored countless children and young adults in our community, including speaking with them about the risks and consequences of violence. Since he was killed, so many people have approached me to tell me how they considered my son a leader and a protector — someone you could turn to for guidance and help. I am so proud that Jordan is remembered in this light. But my heart still aches. He could have made an even greater positive impact if he had the chance to live.

There is no way to fully heal from the death of a child. The pain will always be there, and you will always feel the weight of your child’s absence. But I’ve chosen to honor my son’s legacy and short life by speaking out about my experiences and the enormous cost of gun violence in our country. I want to help, in any way that I can, to make sure other mothers do not have to experience the pain that I’ve endured.

Gun violence hurts far too many families and pains cities and communities of color at a disproportionate rate. Sometimes, the rate of gun violence can seem too high for anyone to make a difference, but there’s a lot more we can all be doing to help save lives.

One step is to join the Wear Orange movement on National Gun Violence Awareness Day. These campaigns honor the sanctity of human life and commit to doing more to protect our fellow Americans.

This weekend, I will join thousands of other Americans in big cities and small towns and wear orange to represent our shared commitment to making our country a safer place for everyone — because I have survived, and I will continue to survive. 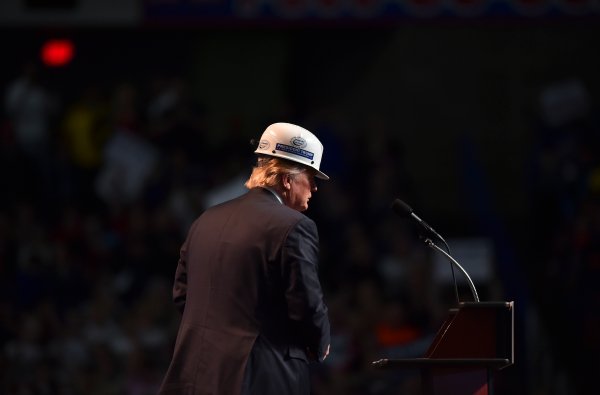 Donald Trump Once Worried About Coal Miners Getting 'Black-Lung Disease' From 'Damn Mines’
Next Up: Editor's Pick