Municipal governments around the world are bathing their city halls and landmarks with green light to show their support for the Paris Agreement on climate action, after President Donald Trump announced Thursday that the U.S. would withdraw from the accord.

In France, the 2015 climate accord’s namesake lit up its city hall in a vibrant hue, fresh on the heels of Trump’s announcement. “Regardless of Trump’s decision, cities will apply [the] Paris Agreement,” tweeted Paris Mayor Anne Hidalgo, in both French and English.

“World: the Empire State stands with you,” tweeted New York Governor Andrew Cuomo. “New York shines green for our planet, our health and our children’s future.”

The mayors of New York City, Boston, Montreal, Mexico City and others around the world joined in the show of emerald light.

Cities in other time zones like Sydney plan to join in the action on Friday.

Several foreign governments, and even three U.S. states, have banded together to defend the climate agreement despite Trump’s decision to withdraw. 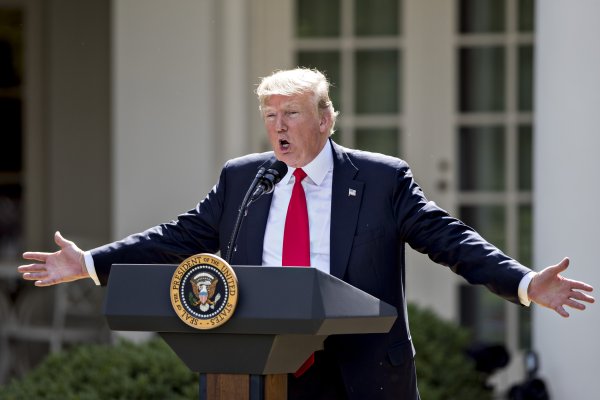 Pittsburgh Mayor Bill Peduto Hits Back at President Trump: 'We Will Follow the Guidelines of the Paris Agreement'
Next Up: Editor's Pick