How the New Supreme Court ‘Family Photo' Was Taken

Unless you’re a lawyer or prosecutor about to address the U.S. Supreme Court in a landmark case, you’ll rarely get the chance to see all nine of its justices together in the same room.

Inside the country’s highest court, cameras are not welcomed – except on that rare occasion when a new justice is appointed. When that happens, it’s time to take a new official group “family photo,” one that will be used by media organizations for years to come.

So, after the long-delayed appointment Neil Gorsuch, following the February 2016 death of Justice Antonin Scalia, that rare opportunity arrived on Thursday, when photographers were once again invited inside the East Conference room of the Supreme Court. The last photograph of the entire bench was taken in October 2010 after President Barack Obama appointed Elena Kagan to the court.

Photographer Christopher Morris, on assignment for TIME, was there. “It was interesting to watch them go in in their civilian attire, with their robes on a coat hanger off to the side,” he says.

The photographers — 11 of whom were present on Thursdsasy — are allowed to enter the room and mark their spots on the floor before leaving so the justices can don their robes. When the justices are in position and ready, the photographers are asked back in. “Of course, everybody wants to do it from the center, so it’s really tight,” Morris tells TIME.

The entire shoot takes only two minutes. “The minute we’re in, the clock is started and that’s it,” says Morris. “But, surprisingly it’s enough time.”

During the shoot, he says, the atmosphere was light, as the justices quickly began joking with each other. “Ruth Bader Ginsburg is the only one who shows the gravity of who they are and what they represent,” he says. “I felt the other justices felt a little awkward [being there] and were injecting a lot of humor.”

Morris’ photograph, and those of his colleagues, will get a lot of play in the next few years, until the composition of the highest court in the land changes once again.

Christopher Morris is an award winning TIME contract photographer since 1990 and is a founding member of the VII photo agency. He is the author of My America and his latest book Americans. 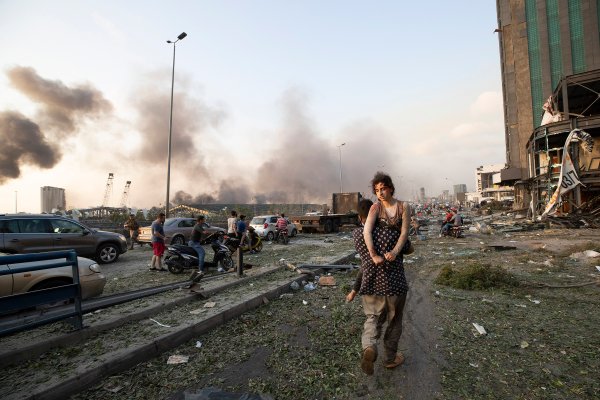