The Story of the Last U.S. Execution Before a Nationwide Moratorium Took Effect 50 Years Ago

When Arkansas recently made news for carrying out a spate of executions within a brief time span, that was the first time the state had used the death penalty for more than a decade. But that’s not the first time a state has taken break from executions. In fact, there was a nationwide moratorium in the late 1960s that lasted into the 1970s. It started fifty years ago Friday after the execution of Louis Jose Monge, who was executed using gas in a Colorado State Prison in Canon City for having murdered his wife and three of his ten children in 1963.

TIME described the scene of the execution in the June 9, 1967, issue:

TIME reported that the state’s 77th execution took place amid a nationwide movement against capital punishment, which eventually helped contribute to an unofficial moratorium on executions.

In the May 17, 1971, issue, TIME reported that 650 other condemned prisoners had accumulated on death row nationwide, awaiting word from the Supreme Court on the constitutionality of the death penalty. The U.S. Supreme Court officially imposed a moratorium in 1972, ruling in Furman v. Georgia that the “freakish,” “arbitrary” and “capricious” way in which capital punishment was imposed violated the Eighth Amendment’s “cruel and unusual punishment” clause.

But, obviously, that was not the end of capital punishment in the United States.

The ruling prompted 34 states to rewrite their death penalty laws to conform with the court’s guidelines. Most of trials for crimes at that level started being done in two stages, a guilt stage and a sentencing stage, so guilty people could have a chance to get a life sentence in prison instead of being sentenced to death. New laws also limited crimes that could be punishable to death to homicide; before the Furman decision, even robberies could be punishable with death.

In 1977, almost exactly 10 years after Monge, Gary Gilmore became the first person executed in the U.S. in the post-Furman era. The first person involuntarily executed in the U.S. after 1967 — that is, the first person who had exhausted all chance of appeal, which Gilmore had not — would be 30-year-old John Spenkelink, who was electrocuted on May 25, 1979, at a Florida state prison for murdering a hitchhiker. “Spenkelink’s death intensified the national debate that has long raged over whether capital punishment deters crime and should be retained or is a cruel and unfair form of revenge that ought to be abolished,” TIME reported on Jun. 4, 1979. “Sociologists have never definitively answered the question, but the views of the American public, aroused by violent crime, seem clear: polls show that nearly two-thirds of the people favor capital punishment.”

In the post-Furman period, however, fewer death penalty sentences were handed out overall. By the case’s 25th anniversary, it was observed that only 467 inmates had been executed between 1990 and 1999, compared to the 1667 executed in the “peak period” of executions between 1930 and 1939, according to the Encyclopedia of Capital Punishment.

Today, the death penalty is authorized in 31 states, but questions about whether it is cruel and unusual punishment are still abound, most recently with regards to the methods of execution, in light of episodes involving botched lethal injections, a drug supply shortage and a push to use up drugs before their expiration dates. 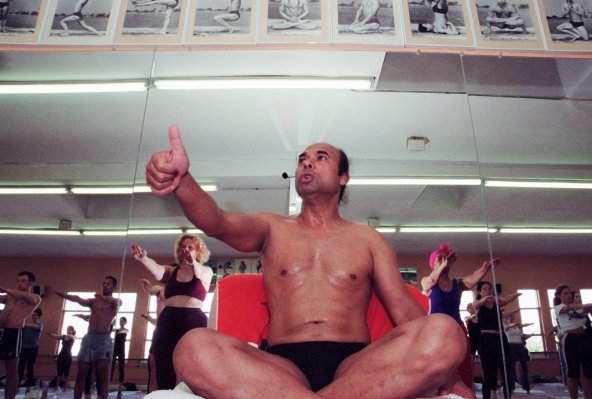 What to Know About Bikram Choudhury, the Yoga Guru With an Arrest Warrant
Next Up: Editor's Pick