Is Force the Solution to Peace in the Middle East?

Life is short, and writings about Israel and the Palestinians can be very, very long. So it’s a good thing there’s Nathan Thrall. An American analyst with a severe allergy to conventional wisdom, Thrall has lived in Jerusalem since 2011, writing dense but rich reports for the International Crisis Group, and now The Only Language They Understand. It posits that the key to resolving the conflict lies not in negotiations but in force–which history shows is what produces change.

Force doesn’t have to mean violence. Jimmy Carter’s coercive threat to end military aid to Israel pushed that nation onto the road to peace with Egypt. But violence cannot be ignored, Thrall says. Only after staggering military losses did the Palestine Liberation Organization reduce its territorial demand to land lost in 1967. It was the first intifadeh that drew Israel to the negotiating table, and the second that preceded its pullout from the Gaza Strip.

Thrall reckons that control of Gaza is about as much as the Palestinians should expect. They lack the military power (and, outside a militant minority, the bloody-mindedness) to get Israel to risk the uncertainties of a Palestinian state on the West Bank, which it has comfortably controlled for half a century. Although Thrall judges elites on both sides remorselessly, he says peace talks fail for a reason: “No strategy can succeed if it is premised on Israel behaving irrationally.” 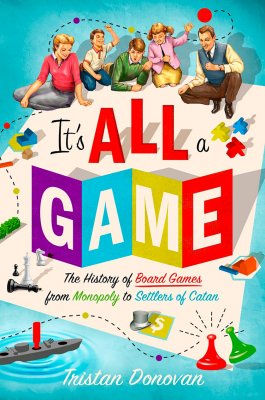 What's In a Board Game?
Next Up: Editor's Pick