LeBron James Speaks Out After Vandalism at Los Angeles Home: 'Racism Will Always Be a Part of the World'

LeBron James spoke out after his Los Angeles home was vandalized Wednesday with a racial slur sprayed across the front gate.

Speaking at a press conference ahead of Thursday’s tip-off of Game 1 of the NBA Finals between his Cleveland Cavaliers and the Golden State Warriors, James said he was thankful that his family was safe, but issued a strong statement on race relations in America.

“I mean, as I sit here on the eve of one of the greatest sporting events that we have in sports, race and what’s going on comes again and on my behalf and on my family’s behalf,” James began. “But I look at it as this. I mean, if this — if this is to shed a light and continue to keep the conversation going on my behalf, then I’m okay with it.

“But it just goes to show that racism will always be a part of the world, a part of America,” James continued. “And, you know, hate in America, especially for African-Americans, is living every day. And even though that it’s concealed most of the time, even though people hide their faces and will say things about you and when they see you they smile in your face, it’s a life every single day.

The Cavaliers star then brought up Emmett Till‘s mother, and how she showed the mutilated body of the teenager killed in 1955 at his funeral so that she could “show the world what her son went through as far as a hate crime and being black in America.”

Los Angeles police are investigating the incident, which was first reported by TMZ Sports. James was not on the property at the time, as he was in the Bay Area preparing with the team for the start of the Finals. 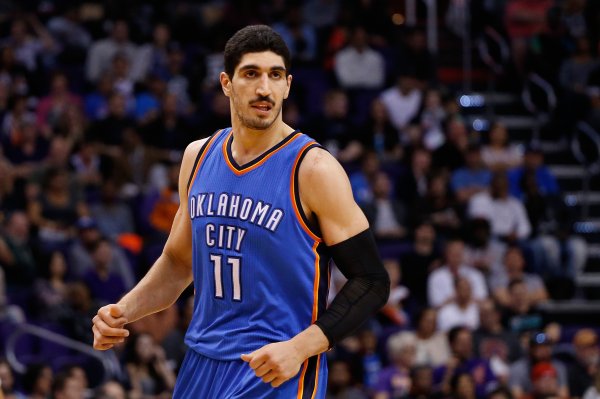