Why Kathy Griffin Has the Right to Grotesquely Mock Donald Trump

Just when we thought Stephen Colbert’s profanity-laced rant was the worst we would see from the Left, comedian and D-list celebrity Kathy Griffin upped the ante by posing for a photo with a fake, bloodied, severed head of our sitting U.S. president. It’s crass and ugly and stupid and heartless and disgusting. But it is still free speech. We have to acknowledge that.

Why? Because I’d rather let idiots run around ruining their otherwise forgettable careers than letting the government or a social media mob of armchair lawyers start picking and choosing what speech is suppressible. Thankfully, our Founders acknowledged that too.

I’ve seen all manner of social media outrage in the past 24 hours, and the three main contentions are that this is hate speech, it’s criminal, or it’s treasonous. The common factor that the armchair warriors fail to realize is that all three of those categories demand that the government step in and act to curtail her vile expression.

Let’s think about that for a reasonable second.

Do you really want the government to start telling you that you can’t mock or speak out against a U.S. president? I don’t. That would close pretty much every social media page or opinion piece ever, including mine, and that line of thinking would eventually foreclose any commentary against the government and its elected officials. Once we surrender an inch of our freedoms to government regulation and infringement, we’re not getting it back.

The Framers of our Constitution understood that there were certain key, fundamental rights so necessary to our liberty that the government most often and most easily infringes upon, that they specifically enumerated these rights in our Bill of Rights.

The Founders knew from experience that there may come a time in a nation’s history and government that the unalienable rights of its citizens would be so infringed upon and distorted by that government that the people would by necessity alter or abolish their government. That’s precisely what they did in 1776 by signing the Declaration of Independence. It was, under British law at the time and for all intents and purposes, an act of treason. They were throwing off their government.

But they knew they were appealing to a higher source of authority, and that one of man’s unalienable rights (and even a duty) is, as they said, to alter or abolish their government when necessary. Keeping the government thus in check cannot happen with censorship, sedition legislation, and curtailing of speech meant to criticize or even ridicule the existing government.

Did the Founders envision speech as lewd and ridiculous as Griffin’s? Maybe. They were no strangers to the lewdness that is depraved human nature. But what matters is that they did intend to protect speech and expression, especially commentary and criticism of government, and we have the First Amendment as a result.

There is of course a limit to protected speech, particularly with threats to the president, and had Griffin overtly threatened bodily harm to the president or encouraged others to do the same, she may have found herself criminally charged. Federal law does criminalize any “threat to take the life of, to kidnap, or to inflict bodily harm,” upon the president, vice president, or other officer next in the order of succession.

Though the photograph grotesquely mocked President Trump, it didn’t directly threaten him. Griffin’s later apology was unconvincing — tweeting “I’m sorry. I went too far. I was wrong” — but she didn’t cross a criminal line. (It’s unwise to even come close to that line. Madonna became the subject of an investigation in January following threatening statements at an anti-Trump rally, though she was not ultimately charged.)

As vile as Griffin’s photograph is, and I agree with the president’s response that she should be ashamed, she unquestionably has the right to make a fool of herself in this manner. And she should have that right. As disgusted as you and I can and should be, the solution is not more government intervention.

The solution is for the market to take care of itself, and for you and I to refuse to monetarily contribute to Griffin’s career or those who support her. We learned this lesson with the recent firing of Bill O’Reilly from Fox News. Media in any form —especially entertainment — is a business, and once the sponsor dollars leave, the celebrity’s fame soon wanes and their platform diminishes.

As Evelyn Beatrice Hall famously wrote (under the pseudonym S.G. Tallentyre) describing the principle of freedom of speech, “I disapprove of what you say, but defend to the death your right to say it.” Absolutely. And I don’t have to promote it, participate in it, or financially sponsor it. And I’m glad I can make my own decision about that, and the government is leaving both me and Griffin alone.

Ellis is an attorney, radio host and the author of The Legal Basis for a Moral Constitution. 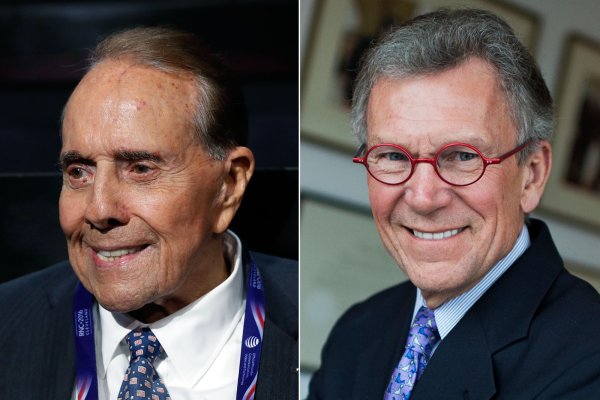