Can We Build a Better Blockbuster? Wonder Woman Points a Way Forward

Can a woman build a better superhero movie? If Patty Jenkins’ Wonder Woman is any indication, the answer is: sort of.

The first half of Jenkins’ picture has a quietly pleasurable power, largely because at that point it seems to be trying to bust the expected template. But when the epic battles start raging—so…many…epic…battles—we’re back to business as usual. Because in the world we live in, a woman-directed superhero movie, with a woman as the key character, had better not be so very different from the dude-centric ones. Baby steps.

Even so, Wonder Woman is a cut above nearly all the superhero movies that have been trotted out over the past few summers. That’s largely thanks to the charm of its star, Gal Gadot, playing the Amazon princess Diana Prince, a woman raised on an island of women warriors who takes it upon herself to stop World War I. Why not think big?

We first meet Diana as a small wonder person (played by Lilly Aspell and Emily Carey), a girl living on the appropriately named Paradise Island, a kind of all-woman commune known for its fierce, well-trained fighters. Little Diana watches in fascination as the local badass Antiope (the fine, stalwart Robin Wright) schools the island’s young women in the fine art of kicking butt. She wants to join in, but her protective mother, Queen Hippolyta (Connie Nielsen, such a regal presence that she elevates even the tiniest role), resists. To no avail—Diana’s stubbornness wins out. And as it turns out, her skills surpass those of the rest. Plus, she has superpowers, most notably those conferred by a set of wristlets that allow her to deflect dangerous projectiles and send them hurtling back at the source. (Internet trolls, take that!) She’s also got a lasso of truth, a kind of glo-stick whip that keeps baddies in line.

All is well in this Eden without men, which apparently exists outside of time. Then early-20th-century American military pilot Steve Trevor (Chris Pine, suitably sensible and sweet) literally drops out of the sky. Diana, lithe and confident, has never seen a man before, and she examines her new friend with the expected degree of curiosity, especially after coming upon him in the buff. Guilelessly, she quizzes him about his particular physical attributes, then segues into curiosity about his watch: “You let this little thing tell you what to do?” Leave it to Wonder Woman to ask the question for the ages.

Steve also explains that war—the First World War—is raging, and Diana believes she can stop it if she can kill Ares, the god responsible for such atrocities. Her resolve is hardened when the Germans storm Paradise Island, laying waste with their guns even as the women valiantly defend their turf. (This is the best action sequence in the movie—for once, you get the sense there’s really something at stake.) Diana goes with Steve to London, where she navigates man’s world with equal parts resolve and elation: She needs to cover up those magnificent stems with a long dress, but how to find an outfit she can move in? (She settles on a belted jacket-and-skirt number, topped with a broad-brimmed derby, that does the trick.) Diana tries ice-cream for the first time, and radiates joy. She meets Steve’s friends and colleagues—among them Ewen Bremner’s Charlie, an ace marksman who has lost his touch—and fights fiercely alongside them but also offers empathy and kindness when it’s needed.

Gadot is simply marvelous. Physically, she’s bold and commanding. But there’s a sweetness about her too, as if she and Jenkins understand intuitively that Wonder Woman can’t just be blandly awesome. She’s got to be able to feel wonder too. Gadot carries the movie through even its sloggiest parts, most notably the big action sequences that pile up at the end. Sometimes, multiple climaxes are a bad thing. The special effects are massive but uninspiring, and the action is slightly jerky in places. This isn’t necessarily Jenkins’ fault. It just comes with the territory of the summer blockbuster, as filmmakers strive to make the effects bigger and more impressive while also less surprising. All superhero movies must obey the commands of box-office expectations, and forever it must be thus.

Wonder Woman, who first appeared in a 1941 DC Comics, has been waiting a long time—at least 10 years, if not 75— to make it to the big screen. Joss Whedon wrote a script, ultimately rejected, more than a decade ago. Michelle McLaren, who had directed episodes of Game of Thrones and Breaking Bad, was also previously associated with the project. Like McLaren, Jenkins has also worked mostly in television—she hasn’t made a movie since her solid 2003 debut, Monster. And while her hiring as the director of Wonder Woman has been hailed as a step forward for women in Hollywood, we should also be careful what we wish for. After cutting their teeth on small, independent films, directors often want the challenge—as well as the paycheck and the prestige—of making a big-budget blockbuster. But today, that arena is rarely where people do their best work. Women have a better chance at making powerful, meaningful movies if they work outside the big studios—and that goes for men, too.

Still, Jenkins’ Wonder Woman points a way forward toward the possibility of better blockbusters. The movie’s opening section, which details Diana’s path from scrappy girl to fearless warrior, is clever and lively, as well as gorgeous to look at. On the island, Diana’s warrior-wear is a distressed-metallic leather bustier topping a sort of tutu-like Utilikilt. Leaping and soaring through her training, she’s like one of Degas’ bronze ballerina sculptures grown up and come to life, strong and free and at least a little pissed off. Her grand jeté is all muscle and all heart. At last, it’s her time to shine. 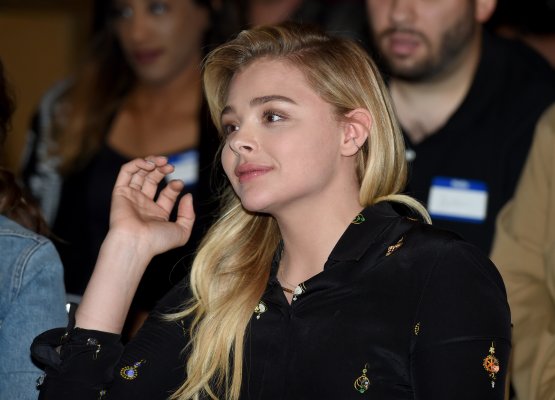