(NEW YORK) — A police sergeant has been indicted by a New York City grand jury on a murder charge in the shooting of a 66-year-old mentally ill woman, a death the mayor called tragic and unacceptable.

Sgt. Hugh Barry was arrested Wednesday and was awaiting an arraignment in Deborah Danner’s October death, police said. A spokesman for his union called the charges ridiculous.

Police were responding to a 911 call about an emotionally disturbed person when Barry, who has been with the New York Police Department for eight years, encountered Danner in her Bronx apartment.

Authorities said at the time that Danner was threatening the sergeant with a bat when he shot her.

Officers had been called to Danner’s home several times before to take her to the hospital during psychiatric episodes and had been able to take her away safely, Mayor Bill de Blasio said at the time.

On Oct. 18, Barry persuaded Danner to drop a pair of scissors she had been holding, police said. But when she picked up the bat and tried to strike him, he fired two shots that hit her torso, they said.

The police commissioner and mayor said Barry had a stun gun but didn’t use it.

Sgt. Ed Mullins, the head of the Sergeants Benevolent Association, said Barry “did not go to work intending to kill anyone.” He called the murder charge “obscene.”

Barry, who had never fired his weapon before, was also charged with manslaughter and criminally negligent homicide, police said.

New York City police respond to tens of thousands of calls about emotionally disturbed people each year. Officers and commanders, Barry among them, receive training on how to deal with mentally ill people that includes instruction in techniques to “de-escalate” a situation, rather than resort to force.

The shooting sparked protests and an unusual rebuke from the mayor.

“Our officers are supposed to use deadly force only when faced with a dire situation. It’s very hard to see that standard was met,” de Blasio said the day after the shooting. “Something went horribly wrong here.”

New York police Commissioner James O’Neill, meanwhile, said at the time that his department failed by not using means other than deadly force.

“That’s not how it’s supposed to go,” O’Neill said. “It’s not how we train; our first obligation is to preserve life, not to take a life when it can be avoided.”

Danner’s death evoked memories of the 1984 police killing of another black Bronx woman, Eleanor Bumpurs, who was shot after waving a knife at officers while being evicted from her apartment.

Danner had been diagnosed with schizophrenia, and relatives have said she had been ill since her college years. She had done some computer-related work at one point and was a book-lover and artist, often sketching the people around her, according to her former lawyer.

In a searing, eloquent 2012 essay on living with disease, she agonized over the deaths of mentally ill people like her at the hands of police.

“We are all aware of the all too frequent news stories about the mentally ill who come up against law enforcement instead of mental health professionals and end up dead,” she wrote in the essay, which she had given to an attorney who had represented her in a case that gave her sister guardianship of her. 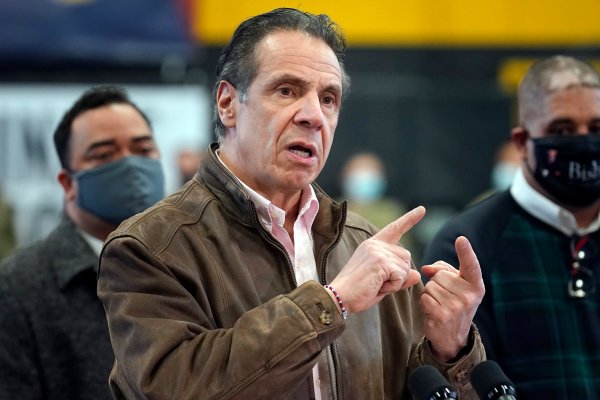 Former Aide Portrays Cuomo as a Manipulative Predator
Next Up: Editor's Pick