Who knew Spider-Man had these kinds of moves? Playing the acrobatic superhero in the past is clearly paying off in all kinds of ways for Andrew Garfield, who busted out his backflips for an energetic and unexpected Whitney Houston lip sync performance at a drag show in London on Tuesday night.

Captured on camera by surprised members of the crowd at the London stop of the “Werq the World” drag revue, a wigged Garfield went all in on his lip sync and dance, getting fully into the spirit of the classic “I’m Every Woman” with his shimmies and shakes. (Oh, and those backflips.) The event featured a number of well-known drag stars from different shows and revues, and was hosted by RuPaul’s Drag Race judge Michelle Visage. She was duly impressed with Garfield’s performance, posing in a photo with him and Laverne Cox and sharing it on her Instagram with praise for the actor.

Garfield is currently spending time in London performing for the revival of the show Angels in America. Earlier this year, he was nominated for an Oscar for his acting in Hacksaw Ridge and also appeared in Martin Scorsese’s Silence, neither of which film took full advantage of his obvious dancing skills. 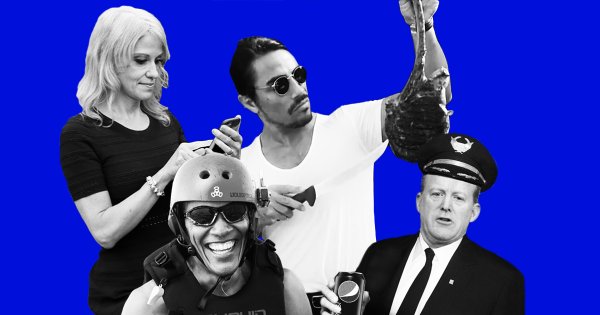