Psychological self-improvement is overrated. How else can otherwise evolved adults explain the enduring success of Alan Partridge, the spectacularly self-absorbed, boorish fictional broadcaster created by British comedian Steve Coogan? For some 20 years, Coogan, in the camera-ready coif and wanker wardrobe of his unsinkable character, has foisted Partridge on a grateful, largely British public primed for every one of Alan’s gaffes and pomposities.

Coogan and his writers (including Armando Iannucci, creator of HBO’s Veep) have thus far adapted the Alan Partridge experience to radio and TV (including the template-setting series Knowing Me, Knowing You With Alan Partridge); stripped-down webisodes (Mid Morning Matters With Alan Partridge); book-shaped autobiography (I, Partridge: We Need to Talk About Alan); and faux documentary (Alan Partridge: Welcome to the Places of My Life). Each time, the audience has responded with there-but-for-the-grace-of-cloddishness-go-I relief, an experience Coogan attributes to predicaments that are “painful and sweet at the same time. Alan’s curse is that he’s cognizant enough that he’s sometimes aware that he’s said something foolish. He’s not a blind fool. The audience takes comfort.”

Now Alan Partridge lovers (which is to say, haters, which is to say, humans) can take cringing comfort in the feature-length Alan Partridge, opening April 4, which finds the less-than-heroic hero negligibly more self-aware at 55 and stuck at a backwater radio outlet. The station has just been acquired by a fat media outfit–not the Kabletown crowd that took over on 30 Rock, but close–and management is cleaning house. The first to be axed is a gentle late-night DJ (Colm Meaney), who responds by staging a siege. Never mind that Partridge suggested the sacking as a way of saving his own skin–Alan is tapped to negotiate.

The Dog Day Afternoon–infused notion is broad, but Coogan and company have done nothing to make Alan less barmily British. “We could have compromised by making our reference points international or sending him to America,” Coogan explains, but then “you end up pleasing nobody. Our fans are Cromwellian in their puritanism.”

For years, Coogan was best known in the U.S. for 24 Hour Party People and cameos in Night at the Museum and Tropic Thunder. But his profile surged last year when he produced, co-wrote and co-starred with Judi Dench in Philomena, a compassionate Oscar nominee of a drama based on a true story about faith, sin, forgiveness and the Catholic Church that is about as far from the cheery pettiness of Alan Partridge as chalk from cheese. (As long as we’re being British about it.)

“It was a cathartic experience for me,” Coogan says. “Comedy as an end in itself is like chocolate–enjoyable and not very nourishing. Why are people so scared of sincerity? I wanted to talk about important things.” He did, and the movie, directed by Stephen Frears, was garlanded with award nominations and worldwide ticket sales of just under $100 million.

Next up for Coogan is a sequel to 2010’s The Trip, in which he and Welsh comic Rob Brydon tormented one another during a culinary tour of northern England. This time they’ll eat their way around Italy. While Coogan describes Philomena as his “Damascene experience,” he remains temporal. “I’m not portentous or self-righteous! I’ve still got prosaic tastes! I like cars! I’m not joyless,” says the man who is first and foremost Alan Partridge. 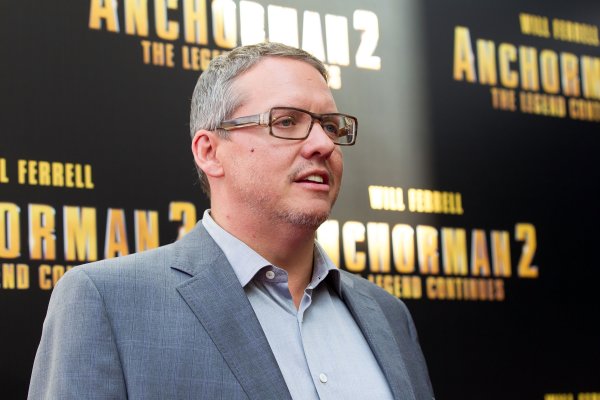 Anchorman 3 Could Still Happen
Next Up: Editor's Pick