An Afghan man carries an injured man to a hospital after a blast in Kabul, May 31, 2017.
Mohammad Ismail—Reuters
By Mirwais Harooni / Reuters

(KABUL) — A powerful car bomb exploded in the center of Afghanistan’s capital on Wednesday, killing or wounding dozens of people and sending clouds of black smoke into the sky above the presidential palace and foreign embassies, officials said

Basir Mujahid, a spokesman for Kabul police, said several people were killed and wounded in the blast near the fortified entrance to the German embassy.

“It was a car bomb near the German embassy, but there are several other important compounds and offices near there too. It is hard to say what the exact target is,” Mujahid said.

The explosion shattered windows and blew doors off their hinges in houses hundreds of meters (yards) away.

A public health spokesman said at least 67 wounded people had been taken to hospitals around Kabul.

There was no immediate claim of responsibility for the blast. A spokesman for Taliban insurgents said he was gathering information.

Violence around Afghanistan has been rising throughout the year, as the Taliban push to defeat the U.S.-backed government and reimpose Islamic law after their 2001 ouster in a Washington-backed invasion.

Since most international troops withdrew at the end of 2014, the Taliban have gained ground and now control or contest about 40 percent of the country, according to U.S. estimates, though President Ashraf Ghani’s government holds all provincial centers.

U.S. President Donald Trump is due to decide soon on a recommendation to send 3,000 to 5,000 more troops to bolster the small NATO training force and U.S. counter-terrorism mission now totaling just over 10,000.

The commander of U.S. forces in Afghanistan, General John Nicholson, told a congressional hearing earlier this year that he needed several thousand more troops to help Afghan forces break a “stalemate” with the Taliban. 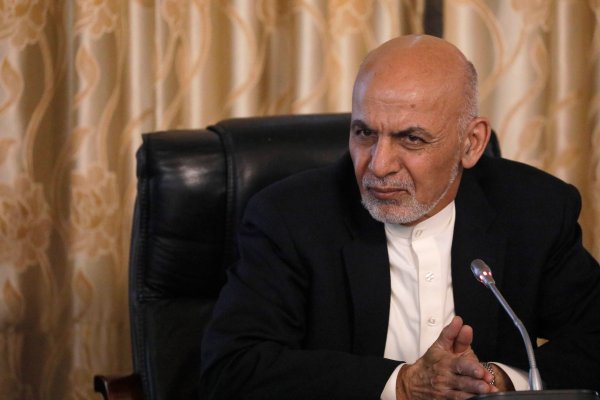