Muhammad Ali‘s public conversion to Islam, in 1964, was among the most defining moments of his remarkable life. The decision enraged his critics — his hometown newspaper continued to refer to Ali by his birth name, Cassius Clay, for years to come — and led him to refuse to serve in Vietnam, a stand that cost him his title, his livelihood and, ultimately, cemented his status as an American iconoclast.

Ali, who died on June 3, 2016 at age 74, has offered a few different reasons for his embrace of Islam. According to the 1967 book, Black Is Best: The Riddle of Cassius Clay, by former Sports Illustrated writer Jack Olsen, Ali said his first encounter came from a street corner proselytizer in Harlem. He later told Olsen that it came at a Nation of Islam meeting in Miami in 1960 or early 1961, and he also said that his first meeting was in Chicago.

Now there is another version of Ali’s story, which is arguably the most definitive of the bunch, appearing first in TIME.

In his forthcoming book Ali: A Life, out in October from Houghton Mifflin Harcourt, author Jonathan Eig excerpts a letter that Ali wrote to his second wife, Khalilah Camacho-Ali, who was married to the legendary fighter from 1967-1976. In the letter, which Camacho-Ali says her ex-husband wrote some time in the late 1960s, Ali describes seeing a cartoon in the Nation of Islam newspaper, Muhammad Speaks, outside a skating rink in his hometown of Louisville. The cartoon illustrated how white slave owners brutally beat their slaves, while insisting that they pray to Jesus. The message: Christianity was the religion of the oppressive white establishment. “I liked that cartoon,” Ali wrote. “It did something to me. And it made sense.”

You can see the letter below, as well as a transcription of its contents, lightly edited for clarity.

Ali’s description of the cartoon matches a strip printed in the December 1961 edition of Muhammad Speaks, below.

Camacho-Ali asked Muhammad to write the letter after she confronted him about his extramarital dalliances. Explain, she instructed him, why you embraced Islam in the first place. “You might be big,” Camacho-Ali tells TIME. “But you’re not bigger than Allah. You’ve got to check yourself. There are consequences when you commit adultery.”

Eig says he paid Camacho-Ali $600 for the letter. “In all likelihood, Ali’s interest in the Nation Of Islam grew over time and repeated exposures,” Eig says. “The incident he describes in the letter—picking up the newspaper and reading the cartoon—may have been one in a series of influential events. But this is the only time we know of that he wrote the story of his indoctrination in his own words. That would seem to suggest, at the very least, that it was a key moment in his journey.”

Camacho-Ali sees the first anniversary of Ali’s passing as another chance to celebrate him, flaws and all. “Allah has opened the door for him in paradise,” she tells TIME. “He’s not suffering anymore. I cherish the good moments. There was more good than bad. It was a blessing to be a part of that journey.” 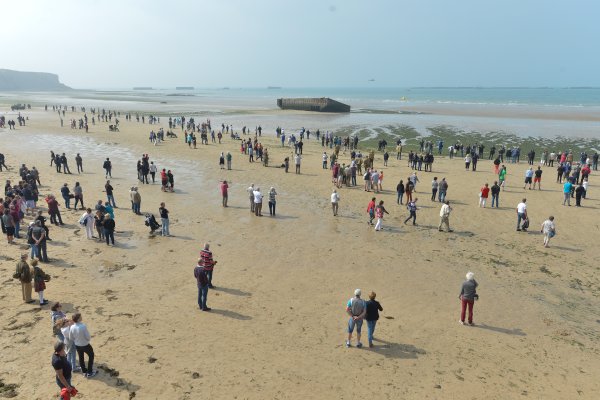