At least 80 people were killed and more than 300 were wounded in Kabul after a massive bomb exploded near the Presidential palace and foreign embassy buildings in the Afghan capital. It’s unclear who is behind the blast. Afghan President Ashraf Ghani condemned the attack, which took place during Ramadan. “Even in this holy month of Ramadan which is a month of worship, virtue and blessings, terrorists have no intention to stop killing the innocent people,” Ghani said.

Comedian Kathy Griffin said she was “sincerely” sorry for a photo in which she is holding what appears to be President Donald Trump’s decapitated and blood-soaked head. “I went way too far,” she said in a video apology. Trump tweeted this morning that Griffin “should be ashamed of herself” over the “sick” image. The President said his children, including 11-year-old Barron, are “having a hard time with this.”

NASA to launch first mission to touch the sun

NASA plans to launch its first mission to fly directly into the sun’s atmosphere next summer. The space agency will reveal details of the mission later this morning. “The spacecraft will explore the sun’s outer atmosphere and make critical observations that will answer decades-old questions about the physics of how stars work,” NASA said in a news release. Watch the official announcement here.

The Pentagon has successfully shot down a mock warhead over the Pacific Ocean.

Ariana Grande will play a star-studded charity concert in Manchester on Sunday for the bombing victims.

The men investigating Ivanka Trump’s shoe producer in China are either missing or arrested.

Tiger Woods was asleep at the wheel and had no alcohol in his system when he was stopped for DUI, police said.

The Cleveland police officer who fatally shot 12-year-old Tamir Rice in 2014 has been fired over inaccurate details on his job application.

The mother of one of the Portland stabbing victims wrote a heartfelt letter to Trump. 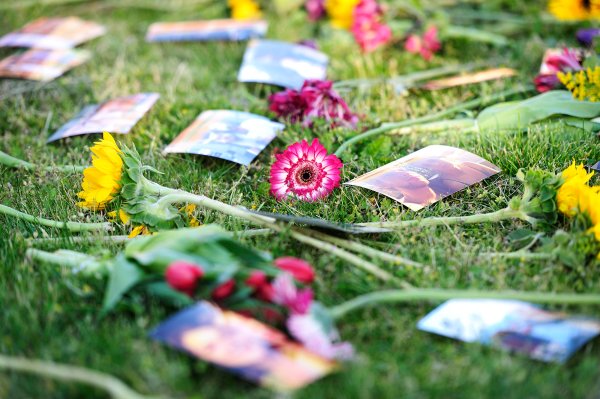