Red paint covers the vandalized tourist attraction The Little Mermaid in Copenhagen, on May 30 2017.
Jens Dresling—AP
By Aric Jenkins

A vandal used a bold — and eerie — method to get a point across in Denmark.

Copenhagen’s famed Little Mermaid statue was found drenched in red paint on Tuesday with a message in English written on the ground in front of the figurine, the Associated Press reports: “Denmark defend the whales of the Faroe Islands.”

The caption was likely a reference to the practice of hunting pilot whales around the North Atlantic islands that are under Danish control, local media said. Faroe Island authorities allow locals to hunt pilot whales during the summer by luring them into shallow waters and stabbing them to death. The practice is non-commercial, and a tradition that dates back to the 16th century.

According to the American Cetacean Society, pilot whales are not endangered and there are likely to be more than a million pilot whales currently alive worldwide. Faroe Island residents kill approximately 800 of the whales every year, the AP reports.

The Little Mermaid statue was created by Danish sculptor Edvard Eriksen as a tribute to Danish author Hans Christian Andersen, who wrote a number of popular fairy tales that have been adapted into films, including The Ugly Duckling and Thumbelina. The sculpture has been a major tourist attraction in Copenhagen since its placement in 1913 and has been the victim of vandalism many times throughout its history. 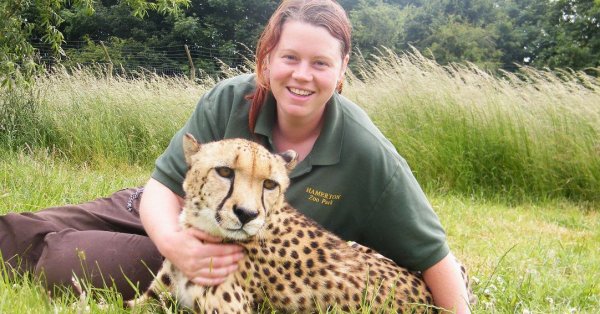 Zookeeper Killed by Tiger Was Doing ‘What She Had Always Loved,’ Mom Says
Next Up: Editor's Pick