Why It Took 75 Years to Make a Wonder Woman Movie

Wonder Woman fans are breathing a sigh of relief after reading the first reviews of the film adaptation. Critics have praised the film for offering a hopeful origin story, a departure from the dark and murky plots of past DC superhero movies. Others have lauded Wonder Woman’s ability to transcend controversy: When the movie theater chain Alamo Drafthouse announced they would schedule a women-only screening of the film, some people protested the promotional gambit as “sex discrimination.” In response, the Drafthouse simply added more screenings — which quickly sold out.

It took 75 years for the world’s most popular female superhero to get her own big screen movie, and other female superheroes could benefit from Wonder Woman’s success if the movie rules the box office. Hollywood has been carefully watching the action film — as they did with the all-female Ghostbusters before it — to see how audiences and critics will respond to the female warrior. Wonder Woman’s success will likely (and unfairly) be treated as a litmus test for upcoming films, including Marvel’s Captain Marvel, Warner Bros.’ Harley Quinn movie and Sony’s Silver Sable and Black Cat Spider-Man spinoff.

Studios have long considered movies about female superhero to be risky and complicated investments. Flops in the early 2000s like Elektra and Catwoman did not help. The result: Batman has starred in nine live-action feature films, Superman seven, Wonder Woman none. But the success of female-led movies like The Hunger Games, Mad Max: Fury Road and Rogue One have proven an audience appetite for women warriors.

Studios’ reticence to bring Wonder Woman in particular to the big screen are tied to the character’s complicated identity politics. Like every other female figure in pop culture, she must be everything to everyone: A fighter and a pacifist, smart and naive, a feminist and a bombshell. (Her creator, William Moulton Marston, drew inspiration for her look and attitude from both suffragists and pinups.) This means any film version of the character must walk a fine line between these contradictory characteristics.

Some of Hollywood’s most influential writers and directors have tried to bring her to the big screen. Joss Whedon (The Avengers), George Miller (Mad Max) and Paul Feig (Ghostbusters) all pitched their own treatments of the Amazonian princess, but those projects fizzled. Now it’s a woman, Patty Jenkins — one of the few female directors to command a budget of over $100 million — who will finally release a Wonder Woman movie.

The director is well aware of the pressure put on the film. In an exclusive interview for TIME’s Year Ahead issue in December 2016, Jenkins and star Gal Gadot parsed the politics of Wonder Woman. They filmed part of the movie in a town in Italy called Happy Village, the stand-in for the all-female Themyscira.

MORE See the Evolution of Wonder Woman in the Comics

“It was like a kibbutz, all of us living in little bungalows, beautiful and green with no cars,” says Gadot. “We had all these women in armor fighting on the beach, and meanwhile all the men—husbands and boyfriends—are walking around with strollers and taking care of the kids.” Jenkins says it set the tone for the filmmaking. “It wasn’t just a gathering of beautiful women,” she adds. “It was exclusively badass, interesting women.”

But Jenkins (who signed on to direct the Thor sequel as the first female director at Marvel but departed that movie for “creative differences”) kept her larger audience in mind as she filmed. Love interest Steve Trevor, played by Star Trek star Chris Pine, needed to be supportive but not emasculated. “After all, none of us wants to be in love with someone who isn’t grand in their own right,” says Jenkins.

Jenkins cites the 1978 Superman film starring Christopher Reeve as a source of inspiration for the new Wonder Woman film. Movies can determine whether a child sees herself as a hero or a sidekick, and there has not yet been a Superman-like figure for young girls on the big screen. “We’ve spent years treating male heroes in certain ways,” she says. “I just applied those same tropes to her, and all these incredible radical moments suddenly appear to an audience.”

Wonder Woman’s battle to the big screen was never going to be easy, but Jenkins and Gadot are giving her a fighting chance. 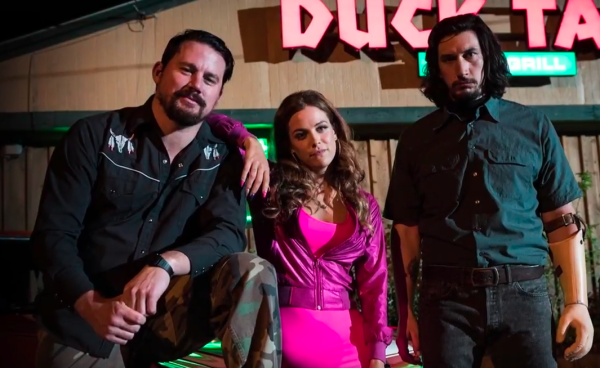