Sony's PlayStation 3 Lives On, Despite Retirement

The temptation, given word that Sony put the kibosh on PlayStation 3 production in Japan, is that it’s time to bid farewell to the PlayStation 3. That would be a mistake, confusing the contraption for the platform. Gadget-dom’s equivalent of the singularity occurred many moons ago. The PlayStation 3 lives on, a contender for as long as Sony’s PlayStation Now game streaming service is a thing.

Just under 84 million. That’s how many PlayStation 3 units Sony sold worldwide since the console arrived in 2006. (The number may in fact be higher, but that’s the last officially reckoned figure.) It is also weirdly analogous to the number of Xbox 360s Microsoft sold since its industry upending Xbox sequel launched a year earlier in 2005.

Nintendo’s Wii outsold both, of course, with over 100 million units on the books. Add those three together and gaming’s seventh generation, from 2005 to 2012, approaches 300 million devices. That’s excluding Sony’s PlayStation Portable (launched in 2004) and the Nintendo DS (also launched in 2004), most of whose aggregate 236 million unit sales transpired during this period.

Over half a billion game devices sold in less than a decade isn’t bad. Contrast with Apple’s iPhone, which took from July 2007 until mid-last-year to hit a billion in cumulative sales. And that’s an apples-to-oranges comparison, making nothing of the fact that so many iPhone sales are dependent on existing user upgrades off hardware refreshes that occur annually.

483. That’s the number of PlayStation 3 games you can experience on a PlayStation 4 or Windows PC via PlayStation Now circa March 13, 2017. It’s a fraction of the platform’s over 2,000 disc and download-only catalogue, but Sony has steadily added titles. The downsides of piping games over mercurial Internet connections aside, streaming is the nearest we’ve come to a future-proof technology that makes forklifting entire libraries between platforms (as new ones inevitably arise) a trivial matter.

60 million. That’s the number of PlayStation 4s shipped worldwide as of March 2017. It’s the fastest 60 million made by a PlayStation system yet—including the all-time sales record holding PlayStation 2 (over 155 million units sold).

With Microsoft’s Project Scorpio on the verge of bolstering Xbox One sales, and the Nintendo Switch predicted to nearly double Nintendo’s surely conservative 10 million projected unit sales by March 2018, it’s a fine time to recall the many pundits and analysts who, as the eighth generation approached and mobile gaming bedazzled, predicted virtually none of this would happen. 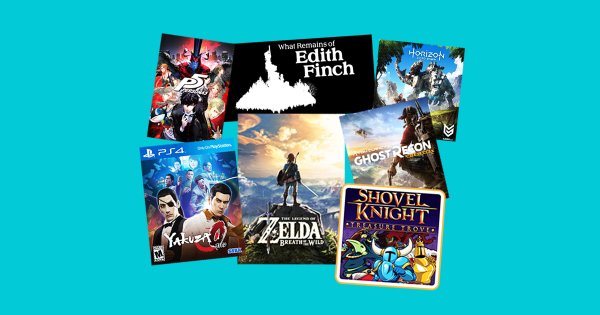 The Best Video Games of 2017 So Far
Next Up: Editor's Pick