Images of an Indonesian village that painted itself in rainbow colors recently went viral. But the village’s concerted effort aimed at luring in tourists and Instagram snappers is far from the only collection of houses in vibrant colors in the world.

Meet Rainbow Village in Taichung, Taiwan, population two — where one man has single-handedly transformed drab huts waiting for the wrecking ball into a living art museum.

The painted-over former homes for Taiwanese veterans are today featured on the local tourism board’s list of attractions to see around Taichung. But the drawings appeared before the admirers did, and the admirers in turn saved the village — and the art — from annihilation.

Retired soldier Huang Yung-fu, known also as “Grandpa Rainbow,” started using the houses as his canvas in 2008, after having moved in decades before. “I was the only person left in the village and I was bored,” he told Agence France-Presse as to why he started to draw. “The first thing I painted was a bird inside my house.”

The vibrant patterns and bright colors, as well as his characters, have childlike passion about them.”He paints his dream out on the wall and brings a new life to the military housing,” according to Taichung’s tourism board.

It soon caught the attention of local college students and faculty, according to the village’s website. His work has even been compared to that of Japanese animator Hayao Miyazaki.

In spite of the paintings, the village was still facing demolition at one point — until the city finally relented to calls for its preservation and designated it as an art park.

The village has since become one of Taichung’s must-see attractions — pulling in over a million visitors each year, according to AFP — while Huang and his wife continue to live there.

Grandpa Rainbow is known to welcome tourists who, not only point their lens at the vivid paintings that inadvertently found their way into tourism fame, but also pose for pictures with the artist himself. 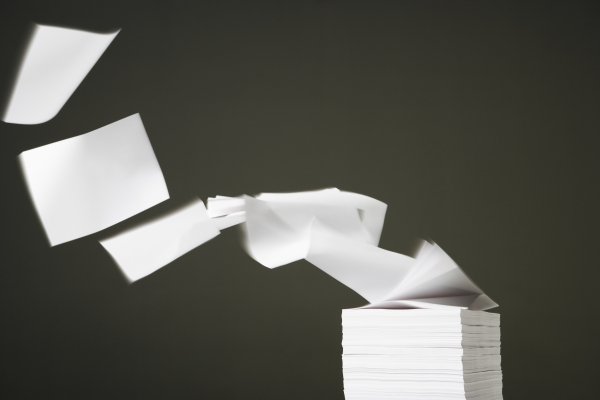 Students Celebrate End of Year with Huge Paper "Waterfall"
Next Up: Editor's Pick