The Dragon Boat Festival Has Nothing to do With Dragons. Here are Four Things to Know

A drummer keeps the rhythm for his teammates as they take part in dragon boat races held to celebrate the Tuen Ng festival in Hong Kong on June 9, 2016.
Anthony Wallace—AFP/Getty Images
By Ryan Kilpatrick

Tuesday marks the fifth day of the fifth month of the traditional Chinese calendar — an annual celebration known as Duanwu in Mandarin, Tuen Ng in Cantonese and the Dragon Boat Festival in the West. It’s famous for the races held on that day in traditional paddled long boats, each ornamented with a dragon’s head at the prow.

Traditionally, Chinese fishing communities are the mainstays of dragon boat racing. But the races are also popular with businesses, schools, and institutions, who often throw together crews as a fun team-building exercise. In some cities, such as Hong Kong, it has become a competitive sport. While many teams still make offerings to the sea-goddess Ma-tsu and other traditional deities before they hit the water, the bulk of the team budget will go to earthly manufacturers of custom fiberglass boats, carbon-fiber paddles and an array of accessories that promise to give racers an edge.

Here are four things about the Dragon Boat Festival you may not know:

1. It’s not about dragons. It’s about an exiled poet who killed himself over 2,000 years ago

The roots of Dragon Boat Festival are most often traced back to the suicide of scholar-official Qu Yuan in China’s Warring States period, an era of division and strife that gave way to unification under “First Emperor” Qin Shi Huang in the third century B.C.

Qu was a minister serving the King of state of Chu. Slandered by corrupt officials who competed for royal favor, Qu eventually left the capital and lived a life of exile back in his hometown, where he wrote what’s considered some of the greatest poetry in the Chinese language.

After he got word that the Chu capital had fallen to the Qin army, however, he waded into a river and drowned himself in despair at his country’s downfall.

Locals furiously paddled down the river to try to save him, to no avail. Later, they threw rice dumplings into the river as an offering to his spirit, and so that the fish wouldn’t feed on his remains. They also continued racing along the water with beating drums to ward off evil spirits, giving rise to the holiday’s two best-known traditions.

2. It’s as much about the bites as the boats

For the non-racers in Hong Kong, Taiwan, China and diaspora communities worldwide, the real highlight of the holiday is the special foods and drinks associated with it.

The most iconic of these is a sticky rice dumpling known as zongzi in Mandarin. Boiled or steamed inside a sheath of bamboo or lotus leaves, they’re known and enjoyed in all corners of the Chinese-speaking world.

Local variations on the filling, however, can lead to bitter debates. Zongzi in northern China are filled with sweet red bean paste or taro, while the southern variety contain cured pork belly, sausage, mushrooms and other savories.

In recent years, the fashion has been for luxe varieties, some of which can be extremely expensive.

3. In 2005, it sparked a minor international incident

Dragon Boat Festival is celebrated across East Asia. In Korea it’s known as Dano; in Japan it’s Tango; and in Vietnam they call it Tet Doan Ngo.

When South Korea successfully sought UNESCO recognition for Dano celebrations in the coastal town of Gangneung in 2005, however, it caused a furor in China.

Incensed Chinese patriots accused the Koreans of appropriating a Chinese holiday and brazenly trying to claim it as their own.

UNESCO and Korean heritage officials hurriedly assured them that it was a particular local spin on the festival—and not its historical roots—that the listing recognized. But many Chinese have not forgotten the perceived slight, and continue to joke about Korean “cultural appropriation.” Nonetheless, the row did leave a positive legacy for China, which redoubled efforts to preserve and celebrate the holiday within its borders.

4. It only became an official holiday in China in 2008

Although it has been a part of Chinese culture for centuries, Dragon Boat Festival has changed names more than a few times, and has fallen in and out of favor with the authorities.

In Chiang Kai-shek’s Republic of China, two of modern China’s leading writers had it rechristened Poets’ Day. As the country fought off Japanese invasion, it became a time to celebrate both China’s literary tradition and Qu’s patriotic credentials.

Communist China embraced this patriotic interpretation of the holiday at first, but it later became the victim of changing ideological tides.

In more recent years, however, Dragon Boat Festival has made a big comeback in the People’s Republic, propelled by a government that has sought to reposition itself as the defender of Chinese tradition rather than its destroyer. 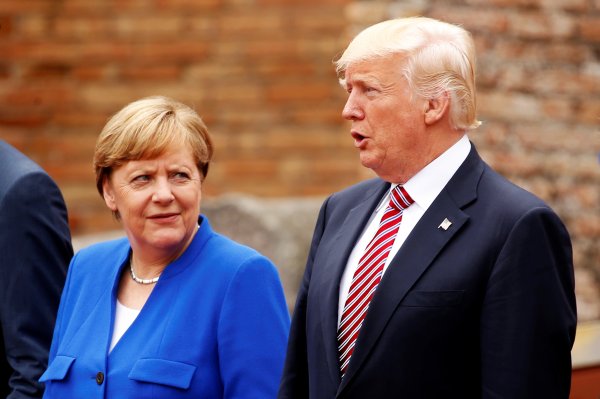 Angela Merkel Stopped Relying on President Trump Only After Failing to Reason With Him
Next Up: Editor's Pick