US Secretary of Homeland Security John Kelly speaks during the Munich Security Conference in Munich, Germany, on Feb. 18, 2017.
Matthias Schrader—AP
By Alana Abramson

Department of Homeland Security Secretary John Kelly said Sunday that he was considering banning laptops on all international flights to and from the United States, an expansion of the policy his department implemented several months ago in response to terror threats.

The DHS announced March 21 that it was banning all gadgets larger than a smartphone, including laptops and iPads, on direct flights between the United States and 10 international airports in the Middle East and Africa.

Kelly did not provide a timeline for when a decision could happen.

“There’s new technologies down the road, not too far down the road that we will rely on. But it is a real sophisticated threat and I will reserve that decision until we see where it’s going,” he said.

Kelly was also asked about the intelligence information that was leaked to American media outlets in the wake of the bombing in Manchester, England — infuriating authorities in the United Kingdom, including Prime Minister Theresa May, who said she was planning to confront President Trump about the issue.

“It’s outrageous. I don’t know why people do it. It jeopardizes not only investigations, it puts people’s lives in jeopardy,” Kelly said. 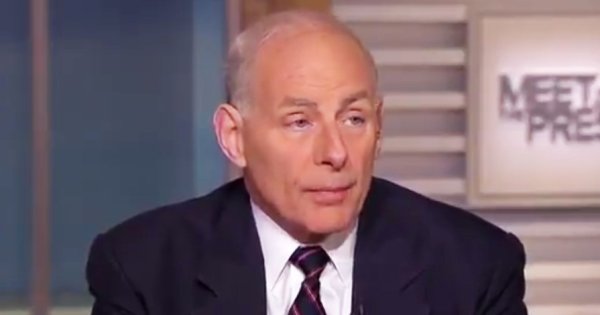