11-Year-Old Girl Accuses Her School of a War Crime

An 11-year-old girl accused her school of committing a war crime — and the accusation has gone viral, thanks to her dad.

Gavin Bell, an author who goes by the pen name Mason Cross, tweeted a photo of his daughter Ava’s response when asked what her teacher can do better.

“Not use collective punishment as it is not fair on the many people who did nothing and under the 1949 Geova [sic] Conventions it is a war crime,” Ava wrote.

Bell posted the photo saying, “Not sure if I should ground her or buy her ice cream.” He later tweeted that he opted to give her ice cream.

Bell told the BBC this his daughter has a “Google habit” and that, yes, she actually likes the teacher, despite being against collective punishment. 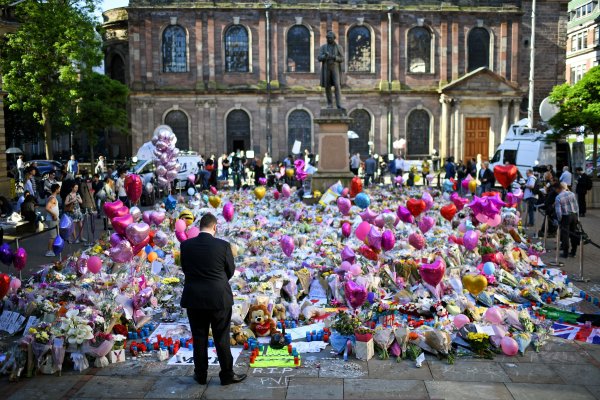 Grande to Hold Manchester Benefit Concert
Next Up: Editor's Pick