A group of Texas teachers who doled out superlative certificates to junior high school students, naming one “most likely to become a terrorist,” were punished over what school officials called an “insensitive and offensive” ceremony.

An unidentified seventh-grade teacher gave out different certificates to the whole class at Aguirre Junior High on Tuesday in an apparent joke, as other instructors watched and laughed, KHOU TV reported.

Student Lizeth Villanueva was awarded “most likely to become a terrorist,” hours after 22 people were killed in a terrorist attack during an Ariana Grande concert in Manchester, England. The student said her teacher chuckled as she handed her the certificate. “She said that some people might get offended, but she doesn’t really care about our feelings,” Lizeth told KHOU of her teacher. “She was laughing about it.”

The local school district issued an apology for the “fake mock awards,” saying the teachers involved “have been disciplined according to district policy.”

It’s unclear how many teachers played a role in the ceremony. Channelview Independent School District spokesman Mark Kramer also did not say how they were disciplined.

“These award statements and ideals are not representative of the district’s vision, mission and educational goals for our students,” the district said in a statement.

Officials said the incident is under investigation. 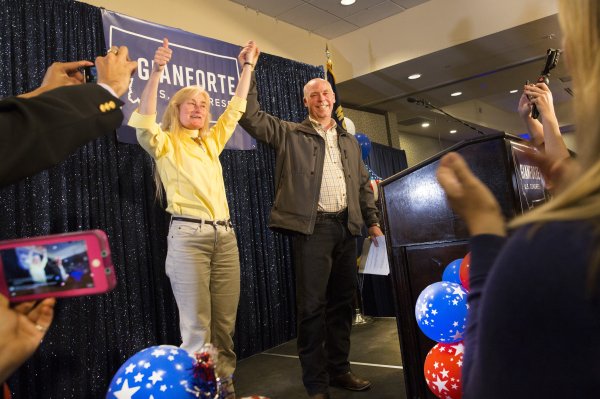