Vice President Mike Pence will deliver the commencement address at the Naval Academy on Friday.

Pence’s speech breaks a recent tradition of presidents addressing the Naval Academy graduates during their first year in office. Both Presidents George W. Bush and Barack Obama did. But President Donald Trump is currently overseas at the G7 summit.

Pence drew protests from students, many of whom walked out, during his graduation speech at Notre Dame last weekend. On Friday he’ll be addressing about 1,000 midshipmen at the Navy-Marine Corps Memorial Stadium in Annapolis.

He is scheduled to speak at about 10 a.m. E.T. You can watch it live above. 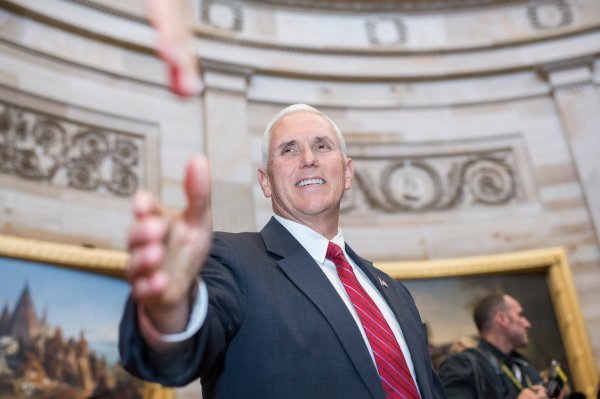 Vice President Mike Pence Just Created His Own PAC
Next Up: Editor's Pick