Aly Raisman Says She Was Body Shamed at the Airport

Aly Raisman took to Twitter to respond to a body shaming incident that she experienced while going through airport security.

Raisman says that a female at airport security asked her if she was a gymnast and said she recognized her because of her biceps, to which a man at the scene responded, “I don’t see any muscles,” while continuing to stare at her.

The Olympian, 22, went on to say that the man was “very rude” and was “staring at me shaking his head like it couldn’t be me because I didn’t look ‘strong enough’ to him. Not cool. ”

Not only did Raisman find the experience “rude and uncomfortable,” she says it’s indicative of a larger issue.

“I work very hard to be healthy and fit,” she tweeted. “The fact that a man thinks he [can] judge my arms pisses me off. I am so sick of this judgmental generation. If you are a man who can’t compliment a girl’s [arm muscles] you are sexist. Get over yourself. Are you kidding me? It’s 2017. When will this change? ”

This isn’t the first time Raisman has talked about being judged for her physique. The athlete took to Instagram last November to open up about being teased when she was younger by boys at school because of her “muscular arms that were considered weird and gross.”

“Don’t ever let anyone tell you how you should or shouldn’t look,” she posted at the time. “There is no such thing as a perfect body type.” 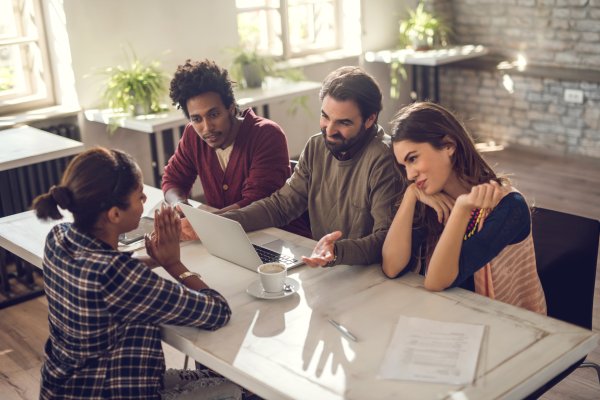 How to Use Your Career Failures to Impress Your Job Interviewer
Next Up: Editor's Pick