Cesnik, the slain nun at the heart of The Keepers
Netflix
By Daniel D'Addario

True crime has never been hotter. From the dingy (NBC’s Dateline, pretty much anything on Investigation Discovery) to the highbrow (the podcast Serial, HBO’s The Jinx), entertainment that allows viewers to play detective has increasingly been rewarded with endless discussion and, on TV, robust viewership.

The Keepers, the latest must-see true-crime documentary, is a seven-part Netflix series directed with care and restraint by Ryan White (The Case Against 8). Its story is sprawling: the 1969 killing of a young Catholic nun is seemingly tied to alleged sexual abuse by priests at the Baltimore school where she taught. (The church vigorously contested all charges in court.) While Sister Cathy Cesnik’s death remains a mystery, its aftereffects include both crushing heartbreak and, for the amateur sleuths who seek to crack her case, a sense of making a difference.

That’s the crucial difference between this show and, say, the 2015 Netflix sensation Making a Murderer, whose directors clomped heavily over a complicated story. Their aggressive point of view goaded viewers toward certitude. White, by contrast, isn’t asking us to be the sleuths. He’s depicting the process of discovery among mourners. The “detectives” we follow are Cesnik’s former students who set out to solve the case. This isn’t just more respectful to the victim than other true-crime stories, with their breathless delight at new clues. It’s also more effective.

Not that The Keepers is immune to the tricks of its genre. It leans too heavily on musical cues and cliffhangers, and its use of re-enactments feels a bit low-rent. But its story, metastasizing from a single act of violence to depict a warped school culture, is riveting and painful. The process of stumbling toward the truth is, for those close to the case, something more emotionally complex than it is entertaining. The Keepers leaves it to its subjects to make conclusions about the crime but allows the rest of us to bear witness.

The Keepers is streaming on Netflix now 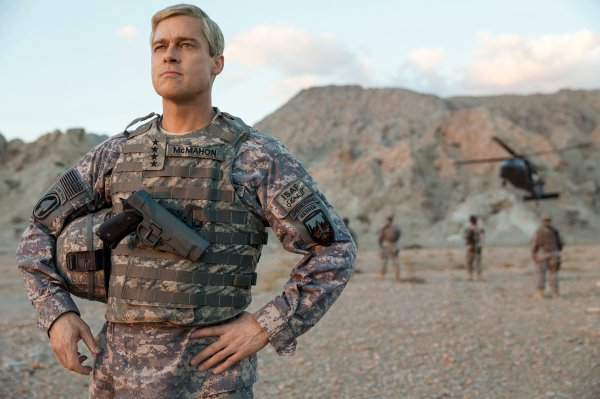 Review: Brad Pitt Takes on the Runaway General in War Machine
Next Up: Editor's Pick