People outside the armed services rarely fathom what makes military people tick. War Machine, directed by David Michôd (Animal Kingdom) and adapted from the late journalist Michael Hastings’ book The Operators, does. And although it’s generally clear-eyed about the dangers of clinging to rigid ideals, it’s also surprisingly sympathetic. Who among us hasn’t at one time or another done the wrong thing for the right reasons?

Brad Pitt plays stalwart career military man General Glen McMahon, a fictionalized version of General Stanley McChrystal, whom Hastings skewered in an infamous 2010 Rolling Stone profile. (McChrystal was the commander of U.S. and NATO forces in Afghanistan from June 2009 to his dismissal in June 2010.) McMahon, as McChrystal did, says what he thinks, even when it’s impolitic or outright disrespectful. He treats his men with sandpaper-rough affection, which they return in full, yet he barely knows what to say to his loyal, dutiful wife (played, wonderfully, by Meg Tilly). And he genuinely believes in the mission he’s been brought to Afghanistan to fulfill–to root out insurgents, sure, but also to build roads and schools so Afghan citizens can have a better life. He doggedly pursues it even though he realizes it’s unachievable.

Examples of absurdly misguided thinking–on the part of the U.S. military and the government–stack up quickly, and Michôd tracks it all with a sly wink. But even if McMahon is appalling half the time, as Pitt plays him–surveying every fouled-up turn of events with a stern squint–it’s not hard to feel some grudging respect for him. Struggling to clarify a mission that will be eternally murky, he’s a man fighting himself more than any perceived or real enemy. 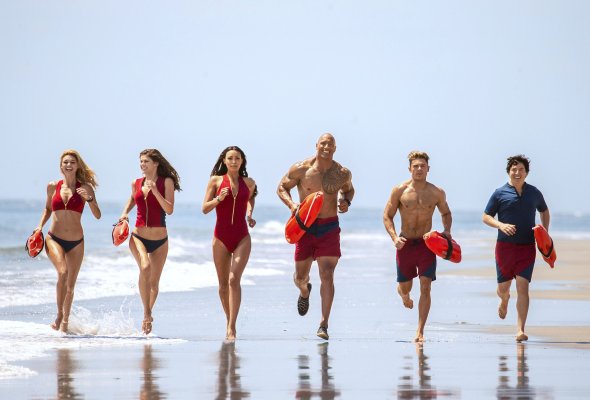 Review: Baywatch Proves There’s Nothing Wrong With Skin, Sand and Surf
Next Up: Editor's Pick