President Donald Trump and German Chancellor Angela Merkel will speak Thursday at a ceremony for the unveiling of German and U.S. artifacts from the Berlin wall and World Trade Center.

Trump’s speech is expected to include the unveiling of a piece of twisted metal from the Sept. 11, 2001, attacks in New York City, while Merkel will present a piece of the Berlin Wall, which fell in 1989.

Trump had previously called Brussels a “hellhole” and NATO “obsolete.” He has since said NATO is “no longer obsolete,” but has refused to commit to Article 5, which states that members of NATO come to each other’s defense when necessary.

The event is expected to begin at 10 a.m. ET. Watch speeches from the world leaders in the video above. 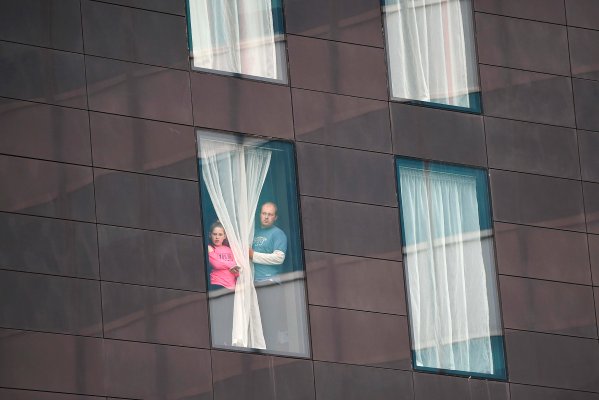 Britain Comes Under Attack at a Turning Point
Next Up: Editor's Pick