The suicide bombing of Manchester Arena by a home-grown extremist has Britain grappling with many difficult questions — among them, whether the government is doing enough to prevent people like Salman Abedi from being radicalized.

Authorities reportedly knew of Abedi’s terrorist sympathies five years prior to Monday’s attack, BBC reports, but he nonetheless was still able to slip through the net and kill more than 20 people, many of them young girls, after an Ariana Grande concert. Abedi, a 22-year-old born in Britain to Libyan parents, fits a familiar profile of disaffected, often impoverished youngsters who are ripe to be preyed upon by jihadist recruiters. Residents of his Manchester community told the Washington Post he was an “isolated dark figure.”

As TIME reported this week, experts believe Britain is unlikely to strengthen its anti-terrorism legislation in the wake of the Manchester attack. David Anderson, the former independent reviewer of terrorism legislation, said police and intelligence agencies are broadly happy with the extremely robust laws they have in place – which Anderson says are “very strong by international standards.” Prime Minister Theresa May promised there would be no “knee-jerk style” crackdown on security. The current “critical” threat level is expected to be a temporary measure.

But if the Conservative Party wins the June 8 election, it could decide to renew its legal attempts to make extremism an offense. In its manifesto is a promise to create a “Commission for Countering Extremism” that would help the government “consider what new criminal offenses might need to be created, and what new aggravated offenses might need to be established to defeat the extremists.”

This, says Anderson, could lead to a “watered-down version” of a controversial Counter-Extremism Bill introduced by May when she was Home Secretary, the government minister who oversees national security. The bill was introduced in 2015 in response to the hundreds of British nationals flocking to Syria and Iraq to join ISIS, but never became law.

The legislation promised to legally define “extremism” in a bid to help law enforcement take out civil orders on people who engaged in such activity. As May explained in March 2015, “our definition of extremism is the vocal or active opposition to fundamental British values, including democracy, the rule of law, individual liberty and the mutual respect and tolerance of different faiths and beliefs.”

“This is a limited, practical and inclusive definition – and I challenge anybody to say it is unreasonable” she said. Many people did, including a cross-party group of ministers, campaigners and legal experts. The bill was quietly shelved early this year due to complaints that its broad definition of extremism was incompatible with free speech. “That is the problematic bit because you can’t really define it because it’s not really universal,” says Zubeda Limbada, director of ConnectJustice, an outreach organization that tackles radicalism and extremism. “There is no internationally defined kind of agreement around the wording. It is simple as that.”

Beyond the challenge of defining exactly what extremism is, there is the issue of ensuring communities across Britain buy into attempts to police people’s behavior and language. The controversy surrounding the Prevent program, a central plank of Britain’s strategy to defeat extremism, offers a case in point.

The controversial program began in response to the al-Qaeda inspired July 7, 2005, London bombings. Prevent offers training, advice, funding and support to communities and the public sector to weed out extremism in person and online, and since 2015, it has placed a legal obligation on public sector workers — including teachers and doctors — to report at-risk individuals before they are tempted to turn to violence. Once identified, the individuals are then referred to Prevent’s anti-radicalization scheme, known as Channel, where they will receive counseling and mentoring.

Prevent has been touted as a success by the government, with more than 400,000 public sector workers receiving training in 2015. Amber Rudd, the current Home Secretary, said on Wednesday the program had successfully stopped 150 people from traveling to Syria in 2016, “50 of whom were children.”

But the very nature of the program has been criticized for creating an atmosphere of distrust among the Muslim community. Many feel that being asked to report on others around them creates a hostile atmosphere of being spied upon by one’s neighbors and friends.

“We know that there is a great degree of distrust of Prevent,” Julia Hall, Amnesty International’s expert on counter-terrorism, tells TIME. “An awful lot of commentary indicates that Prevent has been counterproductive, in the sense of building trust with various communities, of proving it is not discriminatory of certain communities” she said.

Limbada, director of ConnectJustice, noticed that children have started to self-censor what they say to teachers in fear of innocuous question about the Middle East being misconstrued. “Some students come up to us and say ‘our parents have told us not to talk about these issues because they are scared we will be put in the Channel program'”, she tells TIME.

Prevent had the potential to be the “best thing since sliced bread,” said Hanif Qadir, a former al-Qaeda member who now leads the Active Change Foundation attempting to stop young people falling prey to extremism. But “the [Home Office] created a scenario that Muslims see Prevent as a toxic poisonous brand. They are going backwards.” He says his office no longer uses funding from Prevent as the government is too controlling and political about how it is spent.

Even so, the government says Prevent is expanding. Rudd told the BBC two days after the Manchester attack that she will refresh the program if her Conservative Party is re-elected. “We can always learn more, we can always improve, and as the threat against us changes we need to make sure that our defenses change,” she told the BBC.

Activists who work in counter-extremism on a local level pleaded for a human approach that recognized the circumstances facing young, at-risk people in Britain. Many of those radicalized come from poor and highly segregated areas, such as the town of Luton or the ward of Sparkbrook in Birmingham.

“We lost a lot of lives [in Manchester], but that is not the end,” Qadir says. “The person who did the attack is a human being, he is a human resource extremists are tapping into. We need to tap that resource ourselves.”

With reporting by Dan Stewart/London 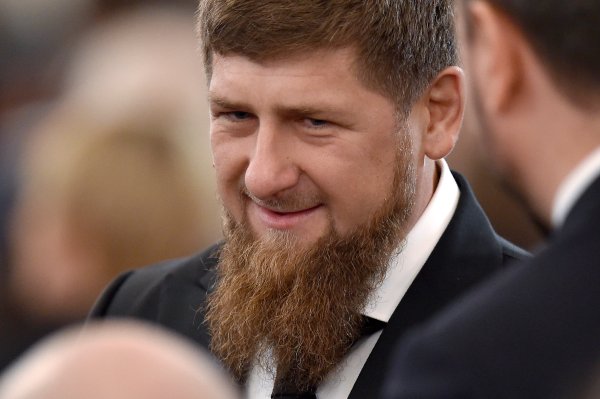