The Republican bill to repeal Obamacare would result in 23 million fewer people having health insurance by the year 2026, according to a long-awaited and nonpartisan forecast, upending the healthcare system and scrambling insurance markets.

According to the forecast released Wednesday by the nonpartisan Congressional Budget Office, 14 million fewer people would have health insurance next year under the Republican bill, increasing to a total of 19 million in 2020.

By 2026, a total of 51 million people would be uninsured, roughly 28 million more than under Obamacare. That is roughly equivalent to the loss in coverage under the first version of the bill, which failed to pass the House of Representatives.

Much of the loss in coverage would be due to the Republican plan to shrink the eligibility for Medicaid; for many others—particularly those with preexisting conditions living in certain states—healthcare on the open marketplace would become unaffordable. Some of the loss would be due to individuals choosing not to get coverage.

The Republican bill, dubbed the American Health Care Act, would also raise insurance premiums by an average of 20 percent in 2018 compared with Obamacare, according to the CBO, and an additional 5 percent in 2019, before premiums start to drop. It would reduce the deficit slightly, by $119 billion over the next 10 years.

The healthcare bill passed the House of Representatives on May 4 without any Democratic support; Republicans in the Senate are now working on the bill in an effort to pass it through the upper chamber without Democratic votes. The CBO score will likely make passing a bill out of the Senate more difficult.

In a rush to pass the bill while they had enough Republican support, House leaders chose to hold a vote to repeal Obamacare before receiving a score from the Congressional Budget Office—a highly unusual move for such a momentous bill.

The CBO score released on Wednesday suggests it may have been wise to pass the bill early: had there been a CBO score earlier, Republicans may not have been able to pass AHCA in its current form. The Republican bill passed the House with 217 votes, just one more than the 216 required to pass it.

The AHCA rolls back the expansion of Medicaid under Obamacare in states that chose to raise the eligibility form the poverty line to 133% of the poverty line. It also dramatically cuts Obamacare subsidies to low- and middle-income earners, defunds Planned Parenthood and cuts taxes on the wealthy. It also repeals the individual mandate in Obamacare, which required everyone to have insurance.

The MacArthur Amendment also means that in certain states insurers do not have to provide certain “essential health benefits”—coverage for prescription drugs, maternity care or emergency services, all of which were required under Obamacare. 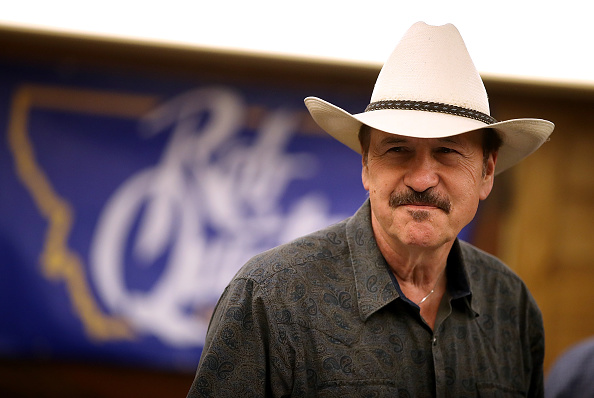