Dunkin’ Donuts is known for their off-beat and super sweet coffee flavors: They’ve already got Coconut Crème, Butter Pecan, and Blueberry in their arsenal, and today they announced they’ll be adding to another indulgent flavors to their line-up: S’mores.

S’mores coffee is supposed to remind you of your childhood around the campfire at summer camp, boasting a combination of graham cracker, toasted marshmallow and chocolate flavors. It will be available in all of Dunkin Donut’s coffee variations, including lattes and iced coffee, but you can only try it through the summer.

Meanwhile, the Vanilla Cake Batter doughnut sounds like a near-perfect replication of vanilla cake: It’s filled with vanilla-flavored cake batter, frosted with chocolate icing and topped with confetti sprinkles. The Dunkin’ Donuts Sprinkles doughnut is a tribute to the chain itself, frosted in white icing and topped with orange and pink sprinkles in the shape of the classic DD logo. Both treats will be available starting May 29.

Need another reason to stop in? Dunkin’ Donuts is also launching a summer-time promotion on their new Frozen Dunkin’ Coffee: From May 29 to July 2, the refreshing drink will cost you just $1.99.

More good news: On National Donut Day – that would be June 2 – the chain will once again be giving out one free classic doughnut, with the purchase of any beverage. Now that’s a holiday tradition we can get behind. 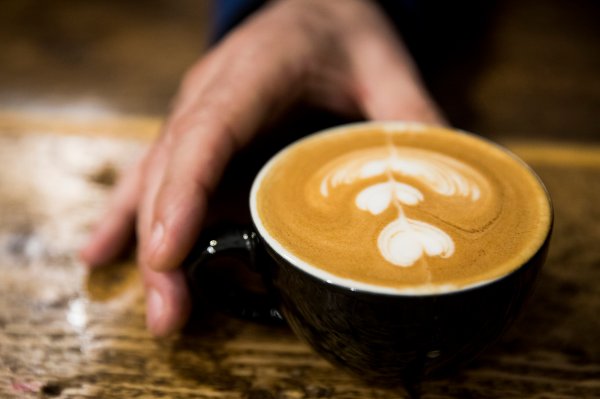 Yes, Lattes Served in Avocados Are an Inevitable New Trend
Next Up: Editor's Pick