Before he left the White House, Barack Obama said he planned on taking his wife away on a “very nice vacation.” He’s since made good on that promise, several times over.

Since President Trump’s inauguration on Jan. 20, the former First Couple have gone paddleboarding, hung out with Tom Hanks on a yacht and taken in the sights in Tuscany, Italy. Obama has also gone kite-surfing with billionaire Richard Branson, spoken with young leaders in Chicago and paid a visit to his home state of Hawaii.

The vacations have not gone unnoticed, in part because Obama is in an unusual position. After leaving the White House, former President George W. Bush returned to Texas and mostly avoided the limelight, following in his father’s footsteps. Former President Bill Clinton moved to the side as Hillary Clinton’s Senate career became the family’s focus.

But Obama, who left the White House with a 59% approval rating, retains something of a celebrity status that has brought media attention to their vacations. As the Obamas settle into their Washington D.C. home, here’s a definitive list of where they have traveled around the globe.

After President Trump’s inauguration, the former First Couple bid adieu to the White House and boarded Marine One, a significant moment that President Obama’s photographer, Pete Souza, captured on Instagram. The Obamas traded winter coats for sunglasses as they traveled to Southern California. They stayed at the home of designer Michael S. Smith and James Costos, former ambassador to Spain and Andorra, according to Coastal Living.

Next Stop for The Obamas: Necker Island

California wasn’t the only sunny destination on the Obamas’ itinerary. They arrived at Necker Island in the British Virgin Islands, which is owned by Sir Richard Branson. In early February, photos surfaced online of Obama appearing relaxed rocking a backwards hat — no dad jeans in sight.

Buildings line the shore of Necker Island in the British Virgin Islands, May 17, 2013.
Todd Vansickle—AP

Barack Obama and Richard Branson enjoy a day on the water

A little friendly competition is healthy now and again. While still on Necker Island, Obama took to the waves and enjoyed some kitesurfing while Branson learned how to foilboard. In a competition to see who could master their respective sport first, Obama ultimately defeated Branson. There were no sore losers, however. In a blog post dated Feb. 7, Branson wrote, “After all he has done for the world, I couldn’t begrudge him his well-deserved win.” Photos of the two of them captured the jolly nature of their time in the sun. The internet, expectedly, had a field day with memes of the day he went from commander-in-chief to Kite-Mander-in-Chief.

Following some meetings in San Jose, President Obama continued westward as he made a surprise visit to his home state of Hawaii, People reported. Around March 14, Obama laced up his golf shoes and teed up at Mid Pacific Country Club. He even took part in a group selfie (with a selfie stick, no less) with some of the country club’s staff members.

Later in March, Obama then traveled to Tetiaroa, an island previously owned by Marlon Brando the Telegraph reported. He checked in at The Brando, a luxury resort that features “35 villas on white-sand beaches frequented by sea turtles, manta rays and exotic birds,” according to the resort’s website. The Washington Post reports that this is where Obama will hang out and work on his White House memoir.

In early April, Barack and Michelle enjoyed some fun in the sun and went paddleboarding.

As if this vacation — more like staycation — wasn’t envy-inducing enough, the former First Family called up some pals in early April and boarded Geffen’s yacht, the Rising Sun, according to People. The yacht was previously owned by Oracle founder Larry Ellison. This group of friends boating around the blue seas of French Polynesia has an extra amount of significance: both Springsteen and Hanks received Obama’s Medal of Freedom in 2016; Oprah in 2013.

Former President Obama takes a photo of his wife Michelle, on the top deck of the 138 meter Rising Sun yacht where the couple and friends spent the morning off the Island of Moorea, in the South Pacific, part of French Polynesia on April 14, 2017.
Mike Leyral—AFP/Getty Images

The Obamas arrive in Tuscany

Fresh off speaking at the Food Innovation Summit in Milan, Barack and Michelle traveled to Tuscany around May 19. Their hotel, the picturesque Borgo Finocchieto, is a “restored eight hundred year old village” owned by John Phillips, attorney and former U.S. ambassador to Italy. The Borgo is located near the wine region of Montalcino, as well as Florence and Siena, where Michelle Obama was spotted indulging in some local fare — gelato.

While in Italy, the Obamas enjoyed wine tasting and a meal cooked by chef Massimo Bottura, owner of the renowned restaurant Osteria Francescana, which has been named one of the best in the world.

While President Obama continues his sojourns overseas, many of his stops include official business for the Obama Foundation. On May 24-27, President Obama traveled to Berlin, Germany; Baden-Baden, Germany; Edinburgh, Scotland and London, England, respectively. Obama met with Chancellor Angela Merkel in Germany and Prince Harry and Prime Minister David Cameron in England, an Obama Spokesperson confirmed to TIME. Between meetings, however, he found some down time. The President was seen enjoying a round of golf at St. Andrews in Scotland.

The Obama family took to the waters in Bali as part of their stay in Indonesia. The Obamas paddled their way down the Ayung River on Monday, June 26 after arriving in Indonesia on Friday, June 23, according to the Associated Press. President Obama is scheduled to speak at the Indonesian Diaspora Congress in Jakarta on July 1, according to The Hill. 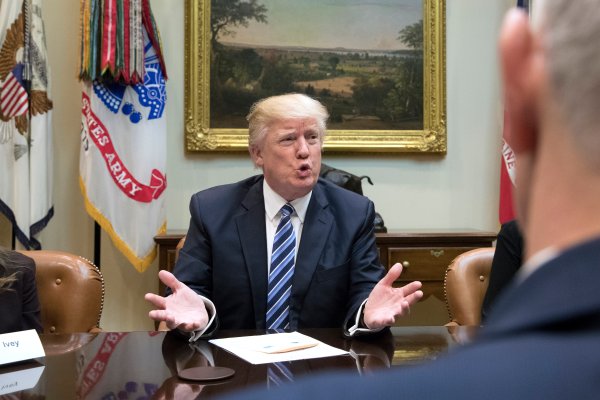