Just a couple of weeks ago, as the Texas legislature entered the final days of its legislative session, House lawmakers from both sides of the aisle came together, tearfully, to pledge their support for “David’s Law,” a bill that addresses cyberbullying. Named for a San Antonio teen who took his own life after being bullied, the law would require public schools to establish cyberbullying policies and systems for anonymous reports.

Just 10 days later, some of those very same lawmakers became the bullies. Their victims? Transgender students in our public school system. This was accomplished by adding language to an amendment to Senate Bill 2078, which focuses on school districts’ “multi-hazard emergency operations plans.” The legislation would add bathroom restrictions that keep transgender students from using school restrooms that match their gender identity — a stated Republican priority.

Nevermind the highly questionable ruling allowing the amendment to attach to SB 2078 (how is this proposal in any way related to addressing a public school’s “multi-hazard emergency operations” plan?) The law reopens Jim Crow-era wounds through an arguably ‘separate but equal’ standard by requiring a transgender student who “does not wish” to use a facility based on “biological sex” to use single-stall restrooms, locker rooms and changing spaces at school.

Democratic State Rep. Senfronia Thompson, an African-American woman, poignantly hammered that point home. “White. Colored. I was living through that era… Bathrooms divided us then, and it divides us now. America has long recognized that separate but equal is not equal at all.”

Like many Texans, I find myself utterly at a loss as I track the actions of my former colleagues. Very real challenges faced them when this legislative session began. Real harms to real people presented themselves and were ignored or made worse. And instead of focusing on those pressing issues, Republican lawmakers chose to feed the insatiable desire of their right-wing voting base, concentrating on manufactured problems and offering constitutionally suspect “solutions” to them.

Repeatedly, Republican-led Texas has been hauled into Court and told that it has overstepped its constitutional bounds. It happened last summer when the U.S. Supreme Court smacked down the anti-abortion law that Republican lawmakers passed in the name of ‘keeping women safe‘ and that had resulted in the endangerment of women who could no longer access safe, legal abortion. It happened less than two years ago when a federal judge found that Texas’s foster care system violates children’s rights, noting “years of abuse” and “neglect” within the system. And it has happened multiple times in recent years as federal courts have struck down Texas’s voter ID laws and redistricting maps, finding them to be “intentionally” discriminatory.

Rather than working to protect the state’s children, who need lawmakers to address urgent problems ranging from a broken foster care system to an alarmingly high incidence of sex-trafficking of minors to dramatically underfunded public schools, the legislature chose instead to aim its firepower at some of its most vulnerable citizens — transgender youth.

I can think of no better commentary on this travesty than to repeat Rep. Faircloth’s words: “It is time to treat each other with respect… We have to set the example.”

I’m not proud of the example I see my state setting right now. Their actions won’t go unchallenged, and, like so many of their past ill-motivated laws, I pray that they won’t survive. In the meantime, though, their damage will be felt. And that’s the “difference” they will make.

Wendy Davis is a former Texas State Senator and the founder of Deeds Not Words. 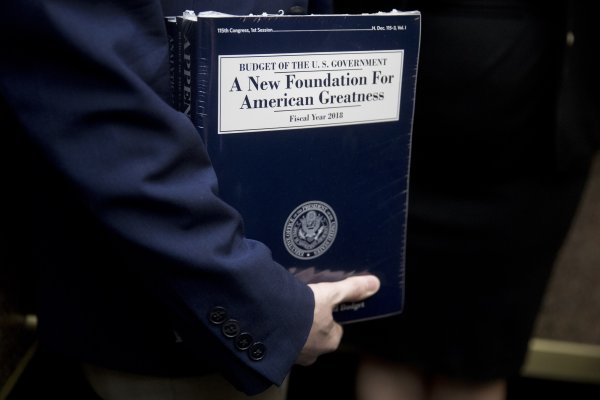 Trump’s Paid Leave Proposal Won’t Help Parents Who Need It Most
Next Up: Editor's Pick