Why The Manchester Attack Was an Attack on Girlhood

Terror attacks are intended to sow fear far beyond where they happen, to force people to think twice about doing what was once routine. But the places terrorists choose to strike can have specific meaning, too: the symbolic landmarks targeted on 9/11, the cosmopolitan culture of Paris’ 10th and 11th arrondissements. Now, that grim list includes a concert hall in Manchester filled with young girls with cat ears stretched across their heads.

Much is still unknown about the terrorist attack at the Ariana Grande concert Monday that killed 22 people and maimed dozens of others. But one thing is clear: the suicide mission, for which ISIS claimed responsibility, was also an attack on girlhood. It was a blow delivered at a moment of budding independence, to young girls taking their first, carefree steps toward becoming empowered women.

“Music is one of the first ways that kids seek to express themselves in ways that is not directly related to their parents,” says Caitlin White, managing editor of music for Uproxx. “It’s one of the first acts of yourself, and being able to share that self with your friends, you’re creating a social experience that’s outside of your family for your first time.”

To legions of young girls, Grande is a cultural idol––one that they look up to just as they’re deciding what kind of women they’ll become. The former Nickelodeon star may now sell out arenas and wear skimpy clothes––her sexually empowered new album and tour is titled Dangerous Woman––but she still sports a ponytail and playful cat ears. She doesn’t have a rap sheet or rehab stint to her name. She’s a bridge between the comfort of youth and the excitement of adolescence. “She feels a little safer than Rihanna or Beyonce,” says Maria Sherman, a writer who studies teen fan culture. “Ariana Grande is still in that crucial demographic of young women just entering an adolescent space.”

The casualties of Monday’s attack reflect this cruel reality: twelve children under the age of 16 were wounded, and the fatalities identified so far include 18-year old Georgina Callander and 8-year old Saffie Rose Roussos.

That hideous toll includes young fans for whom Monday’s concert was a milestone as much as a show, a step in their transition from impressionable girls to independent women. The kind of women who decide what music they like, who go out alone, who make money, who use it to buy concert tickets. As the writer and director Ava DuVernay put in on Twitter:

These were precocious girls on their way to becoming Dangerous Women. Exactly the kind of women ISIS hates. 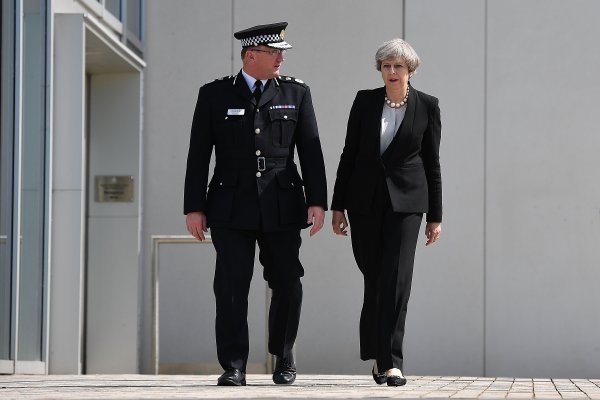