Under the proposed plan, the National Institutes of Health (NIH), which provide funding for more medical research than any other group in the world, and the Centers for Disease Control and Prevention (CDC), which handles public health and pandemic preparedness in the U.S. and around the world, would have their budgets cut by 18% and 17%, respectively.

The Food and Drug Administration (FDA), meanwhile, would see a 31% cut in direct government spending, but that would be offset by $1.3 billion in user fees from drug and medical device companies that are going through the approval process.

Presidential budgets are never passed into law as initially submitted. Still, health groups charge that the proposed cuts to the NIH, CDC and Medicaid make clear the President’s lack of commitment to these groups and programs.

“Science and technology have been the source of economic growth for decades, and that is well understood by economists,” said Rush Holt, the CEO of American Association for the Advancement of Science (AAAS) in a press conference about the proposed cuts. “This would greatly hinder that economic growth. This severe and unjustifiably rapid cut comes at a time when funding for science research is already far below what would be optimal.”

In an e-mail to TIME, Dr. Tom Frieden, the former director of the CDC who stepped down from the position in January, called the proposal “unsafe at any level of enactment” and said that the proposed $1 billion cut to the CDC would result in the lowest budget for the agency in more than 20 years.

He went on to say that the introduction of a new block grant—a capped sum of money given to local governments with few requirements attached about how that money get spent—”devastates programs that protect Americans from cancer, diabetes, heart attacks, strokes and other deadly and expensive conditions. Deep cuts—more than $100 million dollars—to emergency preparedness in the U.S. and globally also put Americans at risk from new and emerging infections.”

Other health experts voiced concern about CDC budget cuts. Trust for America’s Health (TFAH), a nonprofit, non-partisan disease prevention organization, released a statement saying that such cuts will “create massive holes in state public health funding, as states and local communities rely on the hundreds of millions they receive from CDC every year.”

Some experts took to Twitter to express their disapproval with the proposed budget, like Dr. Sue Desmond-Hellmann, CEO of the Bill & Melinda Gates Foundation.

Concern at this point is largely academic, as it’s unlikely the budget proposal will pass as is. AAAS head Rush Holt says members of the science community should keep in mind that Congress will ultimately decide how much funding federal agencies will receive. “Congress has made it clear in numerous ways that they do not buy into this really harsh and abrupt approach to science funding,” he said. 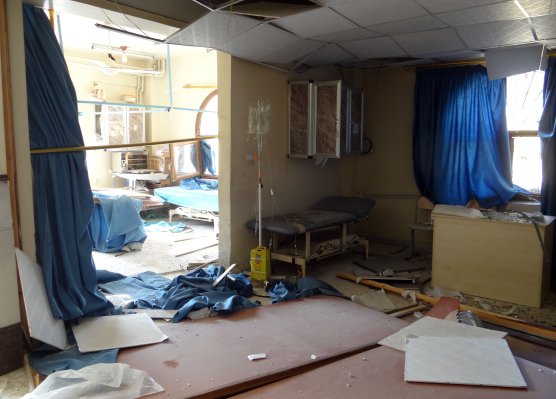 Attacks on Health Care Facilities Increased in 2016
Next Up: Editor's Pick