The bombing of an Ariana Grande concert in the British city of Manchester quickly prompted reactions from politicians and celebrities in the U.K, and as leaders in the rest of the world woke to the news many also began tweeting and sharing their responses.

Prime Minister Theresa May made a statement outside her official residence on Tuesday morning. “It is now beyond doubt that the people of Manchester and of this country have fallen victim to a callous terrorist attack. An attack that targeted some of the youngest people in our society, with cold calculation,” she said. “Today, let us remember those who died, and let us celebrate those who helped, safe in the knowledge that the terrorists will never win and our values, our country and our way of life, will always prevail.”

U.S. President Donald Trump laid the blame for the attack on “evil losers at life,” in remarks from Israel, where he is currently midway through a tour of the Middle East and Europe. “Peace can never take root in an environment where violence is tolerated, funded and even rewarded. We must be resolute in condemning such acts in a single unified voice,” he said. “In so doing we will all enjoy a safer and brighter future and a safer and brighter world.”

Israeli Prime Minister Benjamin Netanyahu joined President Trump in condemning the attack. “Terror is terror is terror. We must all unite to defeat it,” he said. Pope Francis sent a telegram to the victims of the attack, expressing “heartfelt solidarity with all those affected by this senseless act of violence.”

Russian President Vladimir Putin released a statement on the bombing shortly before 9am local time. “We strongly condemn this cynical, inhumane crime,” he said.

French President Emmanuel Macron, whose country has repeatedly been targeted by terrorists since 2015, sent a message of solidarity. “I send my thoughts to the British people, the victims and their loved ones,” he wrote, in French. “We are leading the fight against terrorism together.”

Belgian Prime Minister Charles Michel, who country has also been a victim of attacks, sent out a brief message:

Italy’s Paolo Gentiloni also tweeted out a message of support saying “Italy is united with the British people and government”: 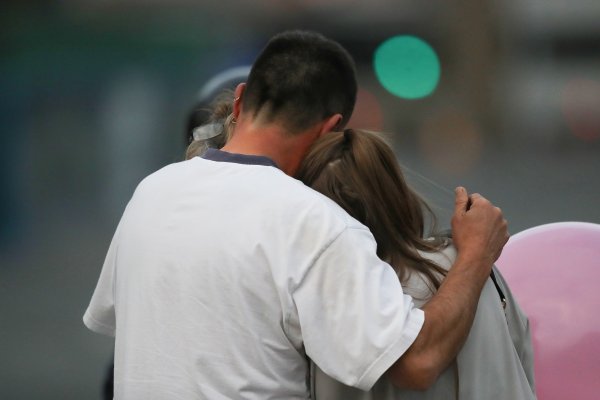 Ariana Grande Attack Aftermath: How Vulnerable Is the U.K. to Extremism?
Next Up: Editor's Pick