In what might be one of the Internet’s greatest accomplishments to date, the Rihanna and Lupita Nyong’o movie of their wildest dreams may actually become a reality.

According to Entertainment Weekly, a source reports that Grammy winner Rihanna and Oscar winner Nyong’o will star in a Netflix film project directed by Ava DuVernay that will stream on Netflix; Issa Rae is currently in talks to write the screenplay.

The news follows a series of viral tweets from nearly a month ago that created the concept of a film starring the fabulous duo based on a photo of them sitting front row at a fashion show. The Internet also imagined DuVernay as the director and Issa Rae as the project’s screenwriter; following the popularity of the the meme, all four women expressed interest in making the movie happen.

In an earlier interview with TIME at the TIME 100 gala where DuVernay was recognized as a member of the list, DuVernay discussed the possibility saying, “I really think it shows the power of people wanting to see stories that are women-centered, women of color-centered that are made by women of color,” noting that “anything is possible.” 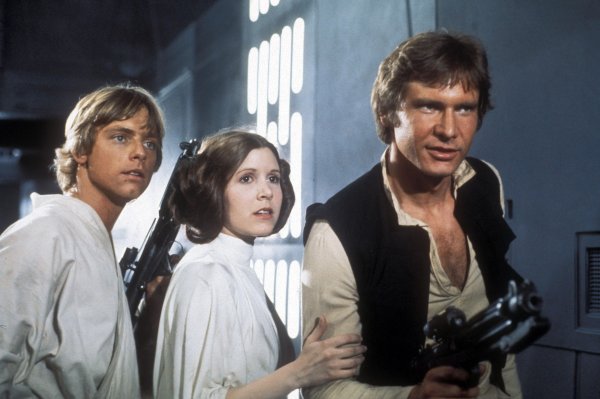 This Is Still the Best Way to Watch the Star Wars Movies
Next Up: Editor's Pick