New Jersey Gov. Chris Christie said Monday that he warned President Donald Trump about former National Security Adviser Michael Flynn, and that he never would have given him a job had he been President.

“I think it’s safe to say that General Flynn and I didn’t see eye to eye,” Christie said Monday in remarks reported by CNN.“If I were President-elect of the United States, I wouldn’t let General Flynn into the White House, let alone give him a job.”

Christie ran against Trump in the 2016 Republican primary contest, but endorsed him shortly after he dropped out, becoming one of the first prominent establishment-friendly Republicans to back Trump. He was appointed chairman of Trump’s transition team, but was ultimately replaced by Vice President Mike Pence.

Flynn resigned from his role as National Security Adviser in the Trump Administration after it was revealed that, contrary to his initial statements, he had discussed sanctions in a December phone call with Russian Ambassador Sergey Kislyak. The New York Times reported this month that Trump asked former FBI Director James Comey to back off a federal investigation of Flynn, something the White House has denied.

Flynn is now refusing to cooperate with the Senate Intelligence Committee’s request to hand over documents regarding his interaction with Russian officials, the Associated Press reports, invoking his Fifth Amendment rights. 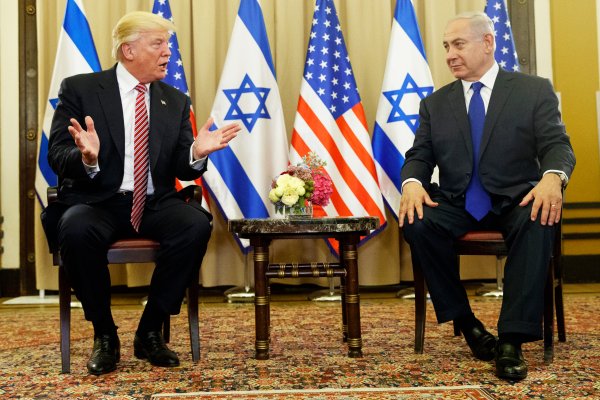 Trump: I 'Never Mentioned' Israel to the Russians
Next Up: Editor's Pick