'Out of the Jaws of Death': Read TIME's Original Report on the Evacuation of Dunkirk

British and French troops waiting on the dunes at Dunkirk to be picked up by the Destroyers and taken back to England, May 1940.
Topical Press Agency / Getty Images
By Lily Rothman

It seemed like a defeat. And, in some ways, it was. Yet the evacuation of Allied troops from the port of Dunkirk, France — an operation that began 77 years ago, on May 26, 1940 — remains one of World War II’s best known examples of heroic success.

With the capitulation of Belgium, British and French troops were left trapped between German forces — hundreds of thousands of ground troops, plus their air force — and the coast. The destination for many of those troops was Dunkirk, and so that was the destination for their pursuers as well. As TIME later explained, Britain and France managed to get more than 300,000 troops off the beach during the retreat (compared to an estimated 45,000 who’d been predicted to make it) and across the water with the help of 1,200 boats, many of which were civilian leisure and fishing boats put to unexpected use.

The operation at Dunkirk provoked one of Winston Churchill’s most famous speeches (“We shall not flag nor fail. We shall go on to the end. We shall fight in France and on the seas and oceans; we shall fight with growing confidence and growing strength in the air…”), and helped earn Churchill the title of TIME’s 1940 Man of the Year. It was clear almost immediately that what had happened was something that would be remembered for a long time to come.

The reason why is seen in TIME’s coverage of the result of Belgium’s surrender, which included this description of what happened at Dunkirk:

The dramatic World War II moment will be the subject of a new movie from Christopher Nolan, which will hit theaters on July 21. 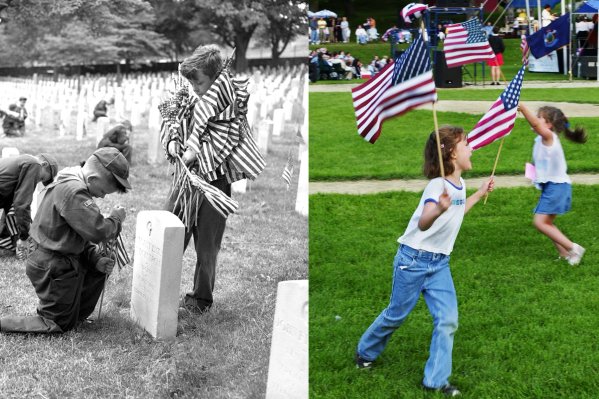 How Memorial Day Went From Somber Occasion to Summer Celebration
Next Up: Editor's Pick