Hitting the gym is important to maintain health, or for some superhero movie fans, a chance to act like Doc Ock from Spider-Man 2.

In a clip from upcoming Netflix comedy, Friends From College, Nat Faxon, who plays Nick, picks up the “rope things” at the gym while Cobie Smulders, who plays Lisa, runs on a treadmill behind him.

“I feel like Alfred Molina in, like, Spider-Man,” Nick says, and proceeds to repeat “Lisa, look!” until his friend falls off the treadmill.

Such hijinks are sure to abound in Friends From College, which depicts a group of Harvard graduates in their 40s who seem to still act like their 20-something selves after reuniting years later. The show also stars Keegan-Michael Key, Fred Savage, Annie Parisse and Jae Suh Park. 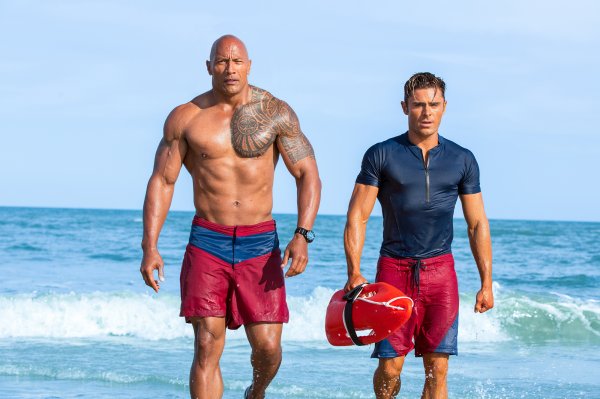 Every Name Dwayne Johnson Calls Zac Efron in Baywatch
Next Up: Editor's Pick