Professional Hunter Killed By Elephant That Collapsed on Top of Him

A longtime big game hunter was killed in Zimbabwe when his group opened fire on a herd of elephants that charged at them — and one of the fatally wounded animals collapsed on top of him.

Theunis Botha, 51, was leading a group through the Hwange National Park in Zimbabwe Friday when they came across four breeding elephants, who started charging at them. One of the elephants grabbed Botha with its trunk and lifted him up as members of his group fired off shots at the animal, according to South African News24.

The elephant eventually fell to the ground, crushing Botha to death, News24 reported.

Botha was an experienced hunter who frequently led expeditions through his business, Theunis Botha Big Game Safaris, to hunt animals such as lions and leopards using big game hounds, according to his website.

Hunter Steve Scott, who described himself as a friend of Botha, announced his death on Twitter. Botha’s daughter also confirmed his death to the BBC, but did not provide details.

He is survived by his wife and five children, according to the Washington Post.

Hwange National Park is the same place where Cecil the Lion was killed, sparking an uproar in 2015. 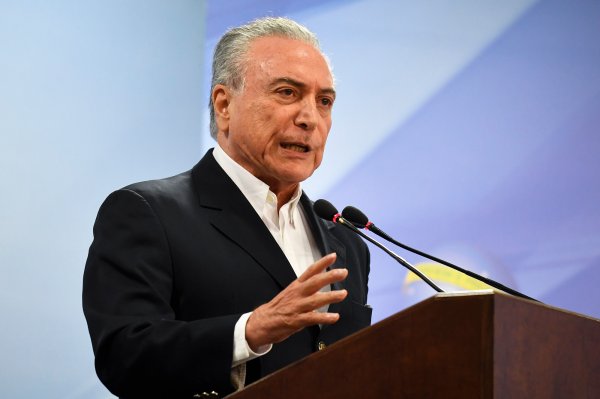