The pair of Canadian artists, both known for songs with emotional depth, met up backstage at the ceremony in Las Vegas in a new celebrity mashup that should please fans from each camp. Both artists had big nights. For Dion’s part, she belted out her enduring Titanic hit “My Heart Will Go On” to mark the film’s 20th anniversary, leaving the audience in awe of her seemingly effortless vocal power. The rap mogul took home 13 awards including Top Artist, smashing Adele’s record for most honors scooped up by an artist in one night.

Drake was so thrilled to meet Dion, he actually bowed before her.

“You’re very iconic,” Drake said in footage of the meeting that surfaced online. “It’s very nice to meet you!” responded Dion. “I’m a year away from a Celine tat,” Drizzy added, demonstrating where the theoretical ink would go.

Dion then introduced Drake to her children.

Drake’s charming father, Dennis Graham, even got in on the fun. 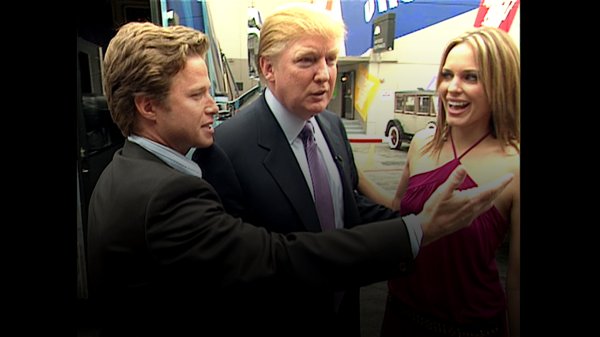 Billy Bush Says That Access Hollywood Trump Tape Is Not Locker-Room Banter
Next Up: Editor's Pick