Best Non-Fiction Books of 2017 So Far

Our favorite non-fiction books of 2017 (so far) vary widely in format, tone and content, from Scaachi Koul’s humorous personal essays in One Day We’ll All Be Dead and None of This Will Matter to David Grann’s damning reporting on a Native American tribe targeted by genocidal murderers in Killers of the Flower Moon. What these books have in common is the ability to compellingly take readers on journeys emotional, physical or historical.

The author annotates his own photography with short essays that read like prose poetry, ruminating on presence and absence, the concept of sight and the tie between light and shadow. Even when observing domestic scenes, Cole contemplates geopolitical affairs. The book isn’t out just yet, but set your pre-order for June 13.

Somebody With a Little Hammer, Mary Gaitskill

In the novelist and short story writer’s first book of non-fiction, she brings her razor-sharp prose to reviews, personal essays and other pieces that cover her experiences in life, from surviving rape to the Republican National Convention.

MORE:Best Paperbacks of 2017 So Far

The Lost City of Z author reports on the Osage nation of Oklahoma, a group that had grown wealthy from the oil on their reservation — in the 1920s, the Native American tribe was the richest population per capita in the world. As they began to be murdered, one by one, the mystery spurred a nascent FBI to investigate.

One Day We’ll All Be Dead and None of This Will Matter, Scaachi Koul

In a series of heartfelt, clever essays, Koul reflects on her life as an anxious young Indian-Canadian woman. She pokes fun at others and herself; for instance on people who try to “find” themselves through travel, she writes, “No one finds anything in France except bread and pretension, and frankly, both of those are in my lap right now.”

The Rules Do Not Apply, Ariel Levy

At age 38, Levy thought she could have it all; that the women of her generation had risen above the rules that governed their mothers’ lives. But after losing a baby, her marriage and her home in a matter of months, as she recounts in this artful, moving memoir, she had to reassess life’s possibilities. 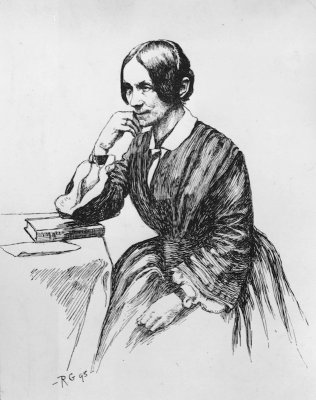 How to Write a Great Letter, According to One of History’s Best Correspondents
Next Up: Editor's Pick