A common thread among our favorite fiction of 2017 (so far) is a sense of the surreal, from the comical, empathetic ghosts in George Saunders’s Lincoln in the Bardo (his first full-length novel) to the enchanted doors that transport in Mohsin Hamid’s Exit West. Even the books that are more grounded in reality, such as Rachel Cusk’s observational novel Transit and Ottessa Moshfegh’s oddball short story collection Homesick for Another World, have a mystical aura about them.

This Harvard love story (or, more appropriately, crush story) follows a daughter of Turkish immigrants who for her Hungarian classmate. Charming but not overly sentimental, Batuman’s debut novel captures the intellectual side of attraction.

The British author’s novel follows its enigmatic narrator, Faye, through a series of encounters with friends, loved ones, acquaintances and strangers as she renovates her home and considers new paths for her life. Though relatively little actually happens in the story, the reader can feel tectonic plates of Faye’s existential change shifting beneath the surface.

MORE:Best Paperbacks of 2017 So Far

A young couple falls in love as their city (which is unnamed, but resembles Lahore) descends into civil war. They escape the violence through a series of magical doors that admit them further and further into the western world, but are met with suspicion and anger in each new locale.

Two white hipsters forge a recording by a black performer and find hit success on the Internet — but when a collector reaches out and reveals that the record is real, their lives of privilege turn into a Jim Crow-era narrative of race and identity.

MORE:Best Non-Fiction Books of 2017 So Far

Homesick for Another World, Ottessa Moshfegh

Freaks and losers populate the pages of Moshfegh’s latest story collection, as they try to fit in to normal adult life while questioning what makes conformity worthwhile. Her sense of humor is sharp enough to draw blood.

Lincoln in the Bardo, George Saunders

The master satirist imagines a graveyard where ghosts linger by their corpses, observing a tall and mysterious man — Abraham Lincoln — as he visits his young son’s tomb. It may sound dark, and it is, but Saunders wrings humor from that, building to a climax that is brimming with pathos. 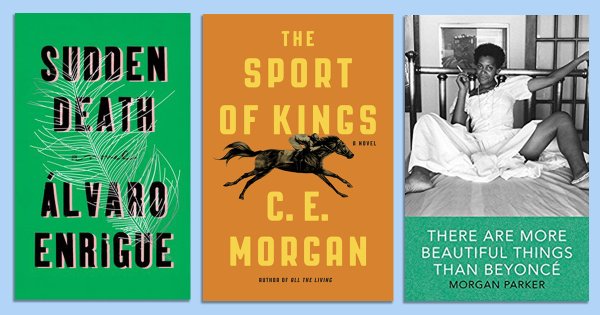 Best Paperbacks of 2017 So Far
Next Up: Editor's Pick