Google Doodle is marking what would have been the 75th birthday of American Indian rights activist Richard Oakes, who campaigned for the rights and freedoms of Native Americans throughout the 1960s and ’70s.

Google’s artwork depicts Oakes, who was one of the earliest leaders of the American Indian rights movement, near important places in his life, such as Akwesasne reservation, Alcatraz Island and Pit River.

Oakes — who grew up on the Mohawk reservation in Akwesasne, which stretches along the border of New York and Canada — moved to San Francisco when he was 18, where he played an integral role in developing the initial curriculum of one of the first American Indian studies programs in the U.S.

While on the West Coast, he became a champion for social justice for American Indians, spearheading protests that included leading a group of nearly 80 people to occupy Alcatraz Island for almost 19 months in 1969. “The aim was not only to set up a community, complete with a university, museum and cultural center, but also for the government to acknowledge the rights of American Indians to claim the out-of-use federal land as their own,” Google writes. While the effort did not secure the deeds to the island for American Indians, it did bring national attention to the movement.

Oakes also helped the Pit River Tribe recover tribal land in Northern California in 1971. He was shot dead in 1972 at the age of 30 by a YMCA camp manager, whom Oakes confronted over the mistreatment of American Indian children.

“Here’s to Richard Oakes, for his unwavering dedication to his community and social justice,” Google writes. 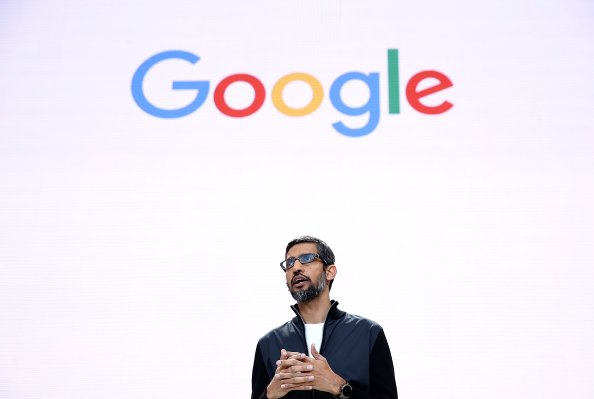 The 6 Most Important Things Google Just Announced
Next Up: Editor's Pick