Jeb Bush wants the electorate to know that he told them so. At least, that’s what his recent remarks on President Donald Trump seem to suggest.

“When I ran for office, I said he is a chaos candidate and would be a chaos president,” the 2016 presidential candidate said Friday at the SALT hedge fund conference in Las Vegas, according to CNN.

Bush added that instead of “executing on a clear agenda,” the Trump administration is too busy “living in the tyranny of the moment.”

But there is a remedy to alleviate pressure on the White House, the former GOP frontrunner said.

“Stop tweeting,” Bush urged Trump. While he acknowledged that the social network is a useful platform to address the world directly rather than going through the media, Bush said that Trump’s tweets give “our enemies all sorts of nuances and insights” into the President’s mind.

Bush didn’t end his unsolicited advice for Trump there.

“I’ve never seen a White House as leaky as this one,” he said. “People should be fired if they’re disloyal to the President of the United States and leaking.”

But it wasn’t all criticism of Trump’s presidency. Bush commended the commander in chief for his appointment of Supreme Court Justice Neil Gorsuch and praised the selection of former FBI Director Robert Mueller as a special counsel on the Russia investigation.

And, while he didn’t speak on his personal intentions to run for President again, Bush didn’t rule out the idea of another Republican challenging Trump for the GOP nomination in 2020. 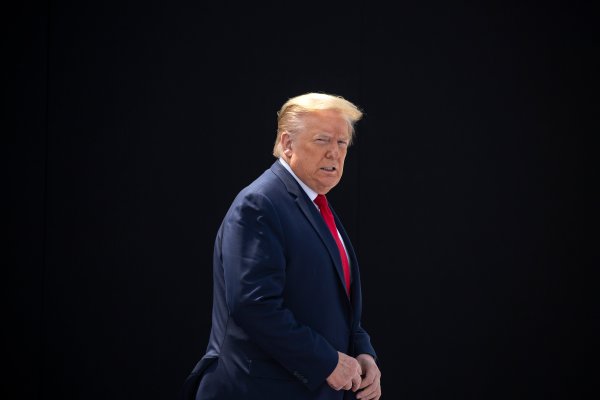