Ideas
By Bill Gates
Gates is an entrepreneur and philanthropist and a co-founder of Microsoft. He is a co-chair of the Bill & Melinda Gates Foundation and founder of Breakthrough Energy. He is the author of How To Avoid a Climate Disaster, to be published Feb. 16.

I am not a self-made man. My parents started me off in life with every possible advantage—from great schools to constant encouragement to patience with my many quirks.

So the disadvantaged world J.D. Vance describes in his terrific, heartbreaking book Hillbilly Elegy is one that I know only vicariously. Vance grew up in Appalachian Ohio and Kentucky, in poor white communities where family strife was a constant, work was not, and even many pawnshops had closed their doors.

So imagine what it was like for him when he managed—through the high expectations of his grandparents, the discipline of the Marines, and his own big brain—to get himself into Yale Law School. Suddenly he began experiencing life not as the “abandoned son of a man I hardly knew and a woman I wished I didn’t” but as a highly sought-after member of one of America’s most elite institutions. He was a stranger in a strange land.

At Yale, recruiters from law firms similar to the one my dad started were beating a path to his door. “Two years earlier, I had applied to dozens of places in the hope of landing a well-paying job after college but was rebuffed every time,” Vance writes. “After only a year at Yale Law, my classmates and I were being handed six-figure salaries by men who had argued before the United States Supreme Court.”

Through deeply personal stories like these, Hillbilly Elegy sheds light our nation’s vast cultural divide—a topic that has become far more relevant than Vance ever dreamed when he was writing this book.

I was eager to read Hillbilly Elegy not just because of the now-apparent implications for American politics. Melinda and I have been working for several years to learn more about how Americans move up from the lowest rungs of the economic ladder (what experts call mobility from poverty). Even though Hillbilly Elegy doesn’t use a lot of data, I came away with new insights into the multifaceted cultural and family dynamics that contribute to poverty.

The fact that Hillbilly Elegy is not just an important read but also a great one came as a bit of a surprise to me. There are no big cliffhangers and no “how will it end?”-type mystery propelling this story. We know from the outset that the narrator survives his chaotic, mostly fatherless childhood and lands at Yale Law School.

I think the book was such a good read in part because of Vance’s bravery. Vance learns early in life that there is “no greater disloyalty than class betrayal.” Yet by writing this book he risks being called a traitor by portraying a culture that, in his view, is suffering from self-inflicted wounds.

The bravest part of the book is the part where he acknowledges that his upbringing haunts his own marriage. “Even at my best, I’m a delayed explosion—I can be defused, but only with skill and precision…. In my worst moments, I convince myself that there is no exit.”

Another element that makes this book so readable is the cast of characters. My favorites are Vance’s grandparents, Mamaw and Papaw. In a scene that takes place before Vance was born, Mamaw finally gets fed up with her husband’s violent drunkenness and tells him that she’ll kill him if he ever comes home drunk again. When Papaw ignores her, “Mamaw, never one to tell a lie, calmly retrieved a gasoline canister from the garage, poured it all over her husband, lit a match, and dropped it on his chest…. Miraculously, Papaw survived the episode with only minor burns.”

While lighting your husband on fire is nothing to admire, Mamaw is usually tough in the right way. Vance can’t count the number of times he had to flee to Mamaw’s house to escape his mother’s dysfunction. “Mamaw was the best thing that ever happened to me,” he writes. She spent the last two decades of her life “showing me the value of love and stability.”

Another guardian angel is Vance’s half-sister Lindsay, who is five years older. “During explosive fights between Mom and whatever man she let into our home, it was Lindsay who withdrew to her bedroom to place a rescue call to Mamaw and Papaw. She fed me when I was hungry, changed my diaper when no one else did, and dragged me everywhere with her—even though … I weighed nearly as much as she did.” Papaw once called Lindsay “the one true adult in the house.”

To Vance’s credit, he doesn’t pretend to be a policy expert and doesn’t offer simplistic solutions. But of course as I read the book I thought about what can be done to empower and create opportunity in poor communities, rural and urban alike. The key take-home for me is that whatever else we do to address the complex realities of poverty in America, we must find more ways to surround children with high expectations and as many loving and caring adults as possible. 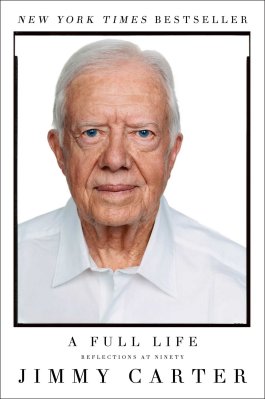