How to Use Leftover Bacon Grease

Any food you ought to put on a paper towel before transferring it to your plate is probably something you shouldn’t eat every day. But it’s hard to ignore the versatility of crunchy, smoky, sinful bacon—especially the sizzling-hot powers of leftover bacon grease that’s too often thrown away. Stop clogging your drains and start replacing butter and oil with bacon fat in a plethora of recipes. The key to substitution is to keep trying different ratios—which gives you an excuse to buy more bacon. (As if you needed one.) Go on, strain each morning’s excess bacon fat into a medium-sized container, like a pint jar, to kick future dishes into high gear.

The most important part of adding bacon grease to any recipe is making sure the end result isn’t too salty. Leave the flavor up to the substituted fat, using a 1:1 ratio. If the recipe calls for more than ¼ teaspoon worth of salt, you can add in a pinch or two, but it’s no big deal if you don’t. Bacon can be a rather powerful flavor, and it’s better to have a mildly bacon-y biscuit than an over-salted one.

Mash the fat together with the dry ingredients, pour in the wet, and knead your dough firmly. Once the biscuits are in the oven, you’re ready for phase two: waiting for those dough rounds to rise, so you can feast.

No Southern breakfast is complete without gravy (duh). Substitute bacon fat for vegetable oil in a 1:2 ratio; for butter, 1:1 is more fitting, but you can play around to find a happy medium that suits your taste. Cooking with bacon grease is a little more forgiving than baking when it comes to proportions. Add a little salt to the mix, but again, not too much—unless you want your guests to be coming back for cocktail refills. Heat up the bacon fat in a pan on medium heat and whisk in your flour, along with any other seasonings you want to include. Throw in a pinch of black and red pepper for a kick of heat. Gradually stir in milk, preventing any lumps from forming.

Why limit bacon fat to coat the outer edges of a cast iron skillet when you can also swirl drippings into your batter? Take any Southern-style cornbread recipe and simply swap out oil and butter for bacon grease. Smear the excess fat all over a preheated skillet. Pop it back in the oven till the grease is extremely hot, pour the batter in and embrace that satisfying sizzle. A crispy, golden crust surrounding a hearty cornbread ladled with rich smokiness. It’s the ultimate win-win.

Chex Mix is commonly considered dessert, even though it’s actually breakfast. Hello, there’s cereal in there. On a mighty large baking sheet, throw together a sweet and salty medley of Chex, pretzels, nuts, crackers and Cheez-Its—never ever forget the Cheez-Its. In a small saucepan on low heat, warm rendered bacon fat with butter and brown sugar. Once it turns to liquid, add garlic powder, paprika, smoked salt, and pepper. Mix the wet and dry ingredients and bake at 250°F for an hour, tossing every 15 minutes to prevent the mix from burning. Let it cool for a sec, turn on some cartoons, and stuff your face.

Popping fresh popcorn on the stovetop is quick, budget-friendly, and lends itself to far more flavor than microwave bags. Forget coconut, peanut, canola, and olive oils. In a large pot over medium-high heat, warm just enough bacon fat to cover the bottom of the pot. Add an even layer of popcorn kernels on top and cover. Your movie morning snack is ready once you can count one to three seconds in between pops. Toss with cayenne pepper, salt, pepper, and bacon bits, of course. Because who has ever said no to more bacon?

A few spoonfuls of bacon fat will totally transform the average boring side salad. Take homemade salad dressing to the next level by substituting bacon fat (two to three tablespoons per serving) for olive or canola oil. Apple cider vinegar complements the smoky bacon flavor, and a splash of citrus lends a great tangy finish. Whisk in a dash of garlic powder and/or ground mustard, and you’ve got a dressing that’ll leave the table with oohs and ahs.

This article originally appeared on ExtraCrispy.com

Write to Extra Crispy at extracrispy. 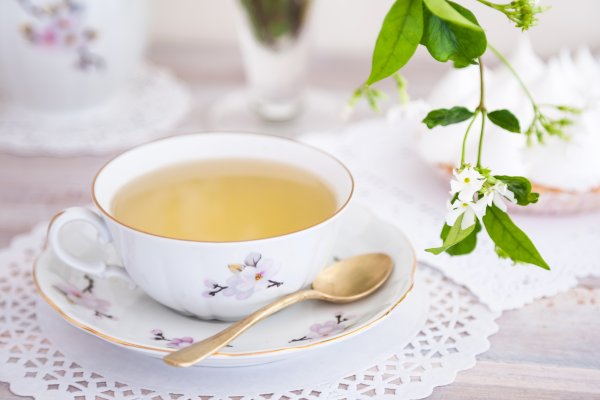 10 Natural Remedies for Anxiety
Next Up: Editor's Pick