The Destructive Lie Behind "Mass Incarceration"

We need to stop talking about mass incarceration.

Every speech, every op-ed, every white paper about criminal justice starts with the same data points: The U.S. has 5% of the world’s population and 25% of the world prisoners, more prisoners than soldiers, more correction officers than marines, more prisons than Walmarts.

Yes, the numbers justify calling it “mass.” But that label makes it hard to see the individuals. People experience imprisonment as something quite personal. It’s your father wearing greens. Your sister is “upstate.” Your husband’s time in Rikers, your Mommy cuffed and driving away in the back of a patrol car. When you walk into that visiting room to see your son, you see your son incarcerated, and other parents visiting their sons, not “masses”. We can only see people as the worst thing they have ever done if we don’t actually see them.

Plus, it’s not only incarceration that’s mass. Over time the exo-structure that has developed as part of the prison surge has metastasized into a surveillance state that features excessive policing and millions of people under some form of state control, fines, cash bail, electronic bracelets and an endless stream of efforts to privatize and monetize it.

And now, many politicians want us to use big data: “scientific risk assessments” created by a for-profit company based on proprietary algorithms that we can’t see, but behind which are humans with the same biases as the rest of us, to predict which of us is dangerous.

We talk about mass incarceration but we still view crime as only an individual level phenomenon, blaming it on poor decision-making, bad parenting, and disrespect for law and order. Somehow we ignore the mass, community-wide pressures: institutionalized racial privilege and disadvantage, labor market failures and poverty. We talk about mass incarceration while only proposing individual level solutions—usually punishment— and offer little to promote healing for harm, or treatment for mental illness, for individuals or for communities.

Or course we’re all responsible for the choices we make, regardless of circumstances. But if we are being responsible, we have to understand how trauma affects our choices, how the single greatest risk factor for committing a violent crime is having been a victim of violence, and how, even when a person massively transforms his or her life, it doesn’t seem to matter in our punishment paradigm.

Nowhere is this clearer than in seeing that the fastest growing group of people in our prisons: older adults. Our elders are noteworthy in part because the cost of their incarceration— especially their medical care —is two or three times the average; and because the rate at which they return to prison when they are released is approximately zero. By 2030, older adults will account for one third of all incarcerated people in the US. They are already 20% of New York’s prison population.

More than 1500 individuals over 60 will return to New York City this year, and many will be among the thousands of returning citizens living in its homeless shelters — an especially dangerous outcome for older adults and an especially likely outcome for people whose long sentences have disconnected them from a welcoming home. Perhaps worse is that there are thousands who are not returning because although they have served decades for violent crimes, they are still considered as dangerous as when they went in.

Thomas Mott Osborne, a former warden at Sing Sing who founded the prison reform nonprofit The Osborne Association (which I now lead), wrote that “when hanging was replaced with imprisonment, it was more than mere replacing of one form of punishment by another; it brought about the necessity of an absolutely new point of view. The whole question shifted from how to keep men in prison to the question of how to send them out.”

That was 100 years ago, now the whole question shifts again: not only how to send them out, but why to send them in, and why to keep them so long.

The reason, we are told, is that this is what victims want. If that’s true, it’s probably because it’s all we offered them. Victims want safety, accountability, and support for a healing process. And they should get it. But prison isn’t holding anyone accountable, people can’t work to pay restitution, or support their families, or heal from the harm they experienced as children, or make amends for the harm they caused as adults.

Instead of taking about mass incarceration, we need to talk about the individuals, families and communities that are being destroyed by our current prison system, both those who are incarcerated and those who are not. 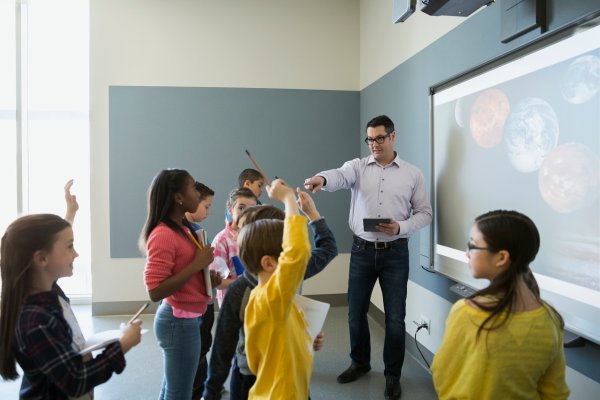 Treat Core Subjects Like Extracurriculars
Next Up: Editor's Pick