Rihanna attends the Chopard dinner in honour of her and the Rihanna X Chopard Collection during the 70th annual Cannes Film Festival on the Chopard Rooftop on May 18, 2017 in Cannes, France.
Pascal Le Segretain—Getty Images
By Ashley Hoffman

The pop star appeared the Chopard party held at the Cannes Film Festival in the French Riviera Thursday night wearing a classic black tulle-wrapped Ralph and Russo gown. While Rihanna completed the look with sparkling jewelry like many of the glamorous stars in attendance, the style chameleon actually had a hand in designing some of the bling.

The rooftop party at the Grand Hyatt Hotel Martinez celebrated the high-end jeweler’s line titled Rihanna Loves Chopard, which the superstar co-designed with the brand’s creative director Caroline Scheufele. The pieces are priced starting at $1,460, according to Chopard’s website, and they will hit Chopard boutiques in June, according to WWD.

This is the first time the Diamonds singer has hit the Cannes Film Festival, and guests of the party included actor Julianne Moore, and models Winnie Harlow and Petra Nemcova. 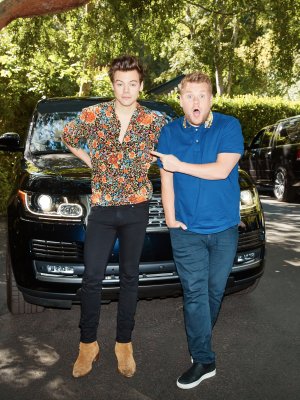 Watch Harry Styles Belt Out Tunes on a New 'Carpool Karaoke'
Next Up: Editor's Pick